A positive net impact on consumer spends could turn around the brand advertising spends, including OOH spends 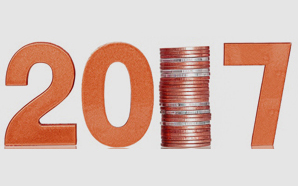 Union Budget 2017-18, presented by Finance Minister Arun Jaitley in Lok Sabha on February 1, has stoked renewed hopes of revival of consumer demand that in turn could boost brand advertising including OOH spends. In the last three months following the high currency demonetisation drive consumer spends and in turn advertising spends had seemingly declined but the current trends as well as the budgetary provisions suggest that a quick turnaround of consumer spends is on the anvil.

The Budget, by proposing a lower tax rate on income below Rs 5 lakh / annum, has paved the way for more purchasing power in the hands of consumers. Moreover, the 5% reduction in tax rate for businesses with turnover of less than Rs 50 lakh will also spur demand for a gamut of goods and services that will like lend new dynamism to the consumer market.

There is every likelihood of a good demand uptick in the rural markets in particular.