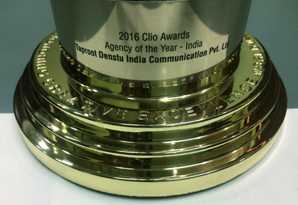 Taproot Dentsu has emerged as ‘Agency of the Year – India’ at the 2016 Clio Awards -- the first ever Indian agency to earn this honour. The “Agency of the Year X Country” Award is given to the agency with the most statue points earned in 2016 in each of the top 15 entrant countries.

The Clio’s is the esteemed international awards competition for the creative business. Founded in 1959 to celebrate high achievement in advertising, the Clio’s annually and throughout the year recognise the work the agencies and the talent that push boundaries.

The IOAA campaign created by Taproot Dentsu proved to be a majority winner for the agency. 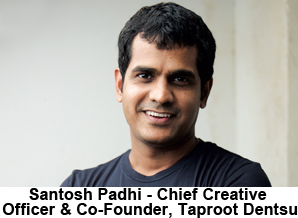 “Clio’s is one of the most prestigious and sought after advertising awards in the world today. And to be honoured as the best Indian creative agency of the year is nothing short of an honour. We are excited and pumped with the massive achievement and hope it propels Team Taproot to even greater heights,” says Santosh Padhi (Paddy) - Chief Creative Officer & Co-Founder, Taproot Dentsu.