Carat Fresh's rural division executed the on-ground campaign at the towns of Maharashtra and Uttar Pradesh with a population of less than 10 lacs. 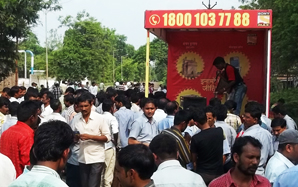 Aegis Media's Carat Fresh Integrated recently executed an on-ground campaign, the'SONY MAX  ka Bada Ticket' where the brand targeted the towns at Maharashtra and Uttar Pradesh with population less than 10 lacs. The two-month long campaign was primarily planned with a database creation approach with possible engagement opportunities at minimal cost. The campaign primarily revolves around a road show format supported by a strong IVR based approach. As part of the campaign, the'SONY MAX  ka Bada Ticket' was distributed to people and once a ticket is activated, that person becomes a part of the huge SONY MAX audience database and can participate in multiple fortnightly IVR based contests from SONY MAX. The'Bada Ticket' was thus positioned as the chance to win exciting prizes and make dreams come true.

Commenting on the success of the campaign, Vaishali Sharma, Head of Marketing - Sony Max, said, "MAX has always believed in engaging and exciting its viewers with remarkable events and making them feel special. Max K Bada ticket is one of our largest initiatives in LC1 markets across UP & Maharashtra and it has helped in creating a strong connect with our audiences. The success of Max Ka Bada Ticket is an affirmation that the passion for Hindi films runs strong across India.â€ 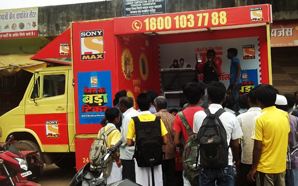 Keshav Chandorkar, National Head-Rural Markets, Carat Fresh Integrated said on the on-ground response to the campaign, "The campaign received an overwhelming response from the audience in UP & Maharashtra and worked well to create stickiness to the channel. The on-ground engagement also created a brand recall and long term connect with the audience.â€