Sony MAX executes a yet another clutter breaking campaign to promote their television premier of 'Yeh Jawaani Hai Deewani' . 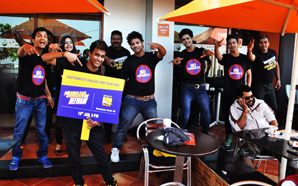 MAX, the premium Hindi movies channel, executed yet another innovative marketing campaign to promote their latest television Premier of'Yeh Jawaani Hai Deewani' airing on January 18, 2014. The channel is celebrating the campaign thought of "Yahan badttameezi nahi chalegi, badttameezi chalegi to sirf MAX parâ€ using a full 360Âº marketing campaign that entails the use of various advertising tools. OOH medium also plays a vital role in the promotion along with the on-ground activities. The campaign has been executed in Delhi and Mumbai.

To entice the audience and gather more eyeballs, the channel has planned an array of on ground initiatives telling people that "Yahan badttameezi nahi chalegiâ€ and that the only place they can get away with it is on Sony MAX. Different locations and formats have been used to send out the message in loud and attractive manner. For Instance, movie theatre promotes are executed where Ranbir Kapoor will be seen at his charmingly nonchalant best asking people to switch off their mobile phones during a movie across cinemas in Mumbai. Numerous auto rickshaws across Mumbai and Delhi have been used for the poster from behind asking people not to do badttameezi in the confines of the vehicles. To tap youngsters, bouncers have been placed wearing t-shirts that would be using the catch phrase of' Yahan badttameezi nahi chalegi,badttameezi chalegi to sirf MAX par' with the logos across lounges and pubs across Mumbai and Delhi. 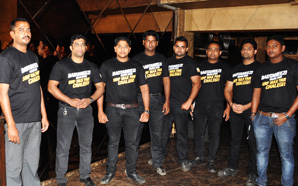 An innovative and twinkling outdoor promotion at Mahim Junction in Mumbai has been executed with the words'badttameezi' which light up sequentially giving a high recall value for the film. Similar eye catching hoardings are also seen on bus stop shelters at prominent spots in Mumbai and Delhi with the stars of the film in their iconic poses. Landmark locations like Gateway of India will have a line of lollypops reminding people that no'badttameezi' will be tolerated. The channel is also conducting dramatic skits to grab eyeballs at cafÃ© hubs with the message of "Yahan badttameezi nahi chalegiâ€.


Commenting on the marketing activities, Vaishali Sharma, Vice President Marketing, Sony MAX said, "At MAX, we always try to do things differently with each movie premier. With Yeh Jawaani Hai Dewaani also our marketing campaign attempts to break clutter and create a lasting impression in the minds of our viewers. We have drawn out the most entertaining element of the film and created a campaign which is bound to humorously entertain our audiences at the same time entice them to watch this movie on Sony MAX.â€
Tags : Sony MAX Vaishali Sharma Yeh Jawaani Hai Deewani
Advertisement