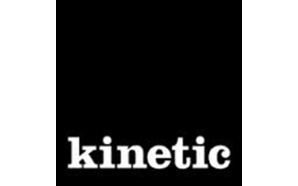 Kinetic Worldwide India has won the OOH media mandate for UTI Mutual Fund. Multiple OOH agencies participated in the pitch out of which Kinetic Worldwide India emerged as the front runner in the detailed pitch process with multiple rounds and won the multi-agency pitch in the final round. The mandate has been awarded for 3 years.

Talking about the win, Amit Sarkar, Chief Operating Officer, Kinetic Worldwide India, said "UTI is one of the oldest and most reputed mutual fund players in the country and Kinetic is proud to be associated with the UTI MF as their OOH partner. We would continuously strive to bring the best value to the brand with our planning and buying strengths that complement our leadership position in the Indian market. We look forward to the association and working with the UTI team.â€

Suraj Kaeley, Group President - Sales & Marketing, UTI AMC, said: "We are happy to partner with Kinetic as our OOH agency. We are looking forward to a fruitful association which will add value to our brand building efforts across the country.â€

The agency has also rolled out two campaigns for the brand. First campaign was rolled out to re-launch the MNC Fund and to introduce this fund across the investing Diaspora as a festive season proposition targeting audiences SEC AB 25-44 age group with investible surplus. The campaign was launched strategically across 10 + 10 +10 days in phases.

To connect with target audiences, commercial locations and airports were tapped. The media mix included traditional OOH formats like billboards, and bqs, and other formats like media at multiplexes, Live OOH screens at commercial destinations and airport FIDS. As the campaign was rolled out in three phases the media placements were done accordingly to get the best return on investments keeping in mind the TG movement. The campaign was launched in Mumbai, Delhi NCR, Bengaluru, Chennai, Kolkata, Hyderabad, Pune, Ahmedabad, Chandigarh, Nagpur and Jaipur.

Another campaign was initiated with the objective of creating awareness through a high impact template about the UTI NFO. This campaign was launched in all major Tier 1 and 2 markets. To target the moving audiences, locations like airport media, billboards, bqs, railway station media, Metro station media, public utilities, Volvo buses and airport newspaper insert space were utilised.

Gaurav Suri, Head Marketing, UTI, said, "For product communication OOH is always an integral part of the media mix and we achieved our objectives through the two campaigns. The objective of the FEF (focused equity fund series I) campaign was to generate high impact and salience in pockets of high traffic and potential. It generated enough salience and induced people to purchase. It was one of the most successful close ended NFOs in recent times with more than Rs 770 crore mobilised for the product. The MNC Fund has come back in the consideration set of the investors and given the tighter budget media was used in a rotating fashion to create concentrated bursts in areas to create a larger impact (The 10+10+10 strategy was used in bigger cities). Both the campaigns were quite successful and helped achieve the objectives set for the productsâ€.

Sarkar said, "OOH is an important media considered by the brand for both the campaigns. Both the MNC fund and the NFO campaigns were different and well thought through in terms of the strategy and media placements to reach the TG and drive the brand message. We are very pleased with the success of the campaign and look forward to further strengthening our association with UTI MF.â€