The five-month long campaign was created to promote India's first Red Bull Flugtag, where all elements were centered on the theme - School of Indian Physics. Executed by 22feet Tribal Worldwide, the campaign received phenomenal response on social media platforms and at the event too. 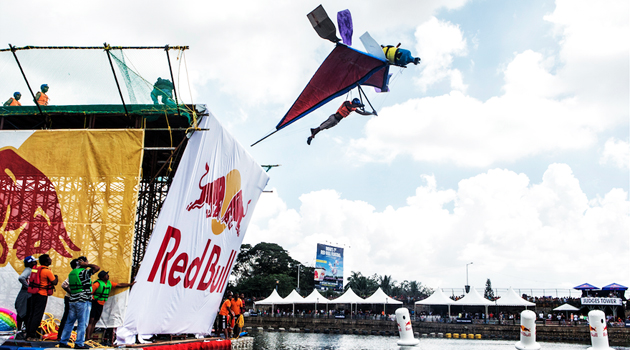 Red Bull Flugtag, a well-known innovative global event was recently held in Bangalore where 35,000 Bangaloreans witnessed 31 courageous teams launch their hand-made flying machines off a ramp and straight into the waters of Sankey Tank. The teams spent months in designing, building and testing their machines for what they hoped would be a few seconds of glory.

Handled by 22feet Tribal Worldwide, the event had to standout against conventional event-promotion ideas while spreading the word about India's first Red Bull Flugtag. 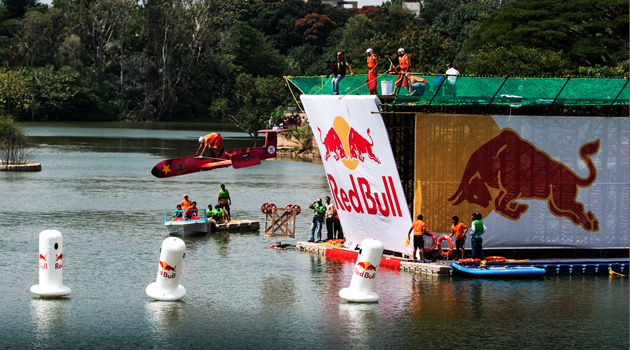 The event was centered on the theme - School of Indian Physics - which had to integrate all parts of the campaign under a single course. The Crash Course in Indian Physics was where important assets were given a school-ish twist. The various steps included:


Additionally, the agency also set up a GIF booth at the event which was a fun interactive place where people came to the booth and got GIFs clicked of them that were later uploaded on social media platforms such as Facebook and Twitter with Flugtag specific messaging. 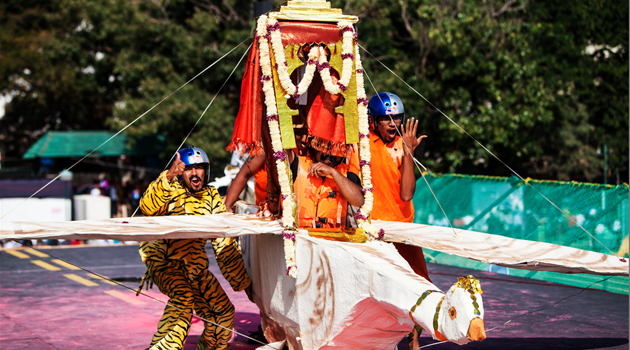 The prime challenge was to take a single concept and blend it into various aspects of communication for a five-month long campaign calendar. Despite Indian cinema's overwhelming popularity for its physics defying stunts, it was difficult to familiarize the audience with the concept of flying with Indian physics and sustain interest over a long period of time.

According to the brand, the campaign witnessed a phenomenal response. Red Bull's social pages were abuzz with likes and distinct responses. The Red Bull Flugtag game (microsite) alone witnessed 2,530 players with 67,422 total game plays. The recorded average time spent per person on the Flugtag game was 4:27 minutes.

Talking about the execution, 22feet Tribal Worldwide team said, "This campaign posed a unique challenge since we were talking to an audience who weren't initiated with the concept of Red Bull Flugtag. From 'Indianizing' an existing Red Bull Flugtag game to creating an entire website themed around a school: 'The School of Indian Physics', we turned popular culture around its head with great design and outrageously funny content to initiate our audience. It was a great experience working on this campaign, where the brand supported us in our endeavor to create immense interest for the event that took place on 28th September, 2014.â€