The much anticipated Delhi NCR Talks OOH! Conference will be held at Le Meridien hotel, Gurugram on November 17, 2017. The conference entitled ‘Propelling Delhi NCR OOH to a new growth plane’ has been planned in keeping with the growing significance of the Delhi NCR OOH market for all industry stakeholders. 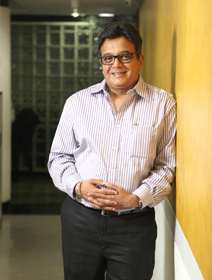 ‘What makes Delhi NCR the most compelling brand advertising destination’

Suresh Balakrishna began his career with The Times of India in the advertising department in 1987. In 1996, Suresh joined Lintas. He worked as Associate VP in charge of Initiative Media and was later promoted to Executive VP. He had set up Linterland which specialised in Rural Communications. In 2003, Suresh joined Hindustan Times, Delhi as VP - Media Marketing, In March 2005, Suresh joined Zee Telefilms Limited as Executive VP, Head of Marketing for Zee Network and then was seconded to Diligent Media Corporation Limited (DNA) as CMO - Head of Sales and Marketing. In 2007, Suresh joined the India Today Group as COO of Mail Today. In January 2011, he joined the Lintas Media Group and initially was CEO-BPN. Subsequently, he led Initiative Media and Rapport. In January 2016, he moved to the WPP Group and took over as CEO, South Asia and Middle East at Kinetic Advertising India Private Limited. 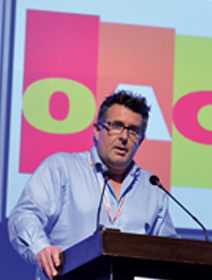 ‘How technologies can be leveraged to build solid OOH competitiveness’

David launched Mediabridge Global in 2015 after he left Kinetic Worldwide. Mediabridge is a specialist consultancy in global OOH solutions, with a multi-market perspective helping businesses all over the world navigate and unlock the value from the dynamic OOH market place.
As CEO of Kinetic EMEA, David led the expansion of the Kinetic European network from four to 12 countries. In August 2009, he moved to New York taking up the role of CEO Kinetic Americas, firmly establishing the OOH agency model in the USA and taking Kinetic to #1 OOH buying shop in the market. In 2013 he returned to London to head up the Emerging Markets team, with continued expansion in to Russia and LatAm. 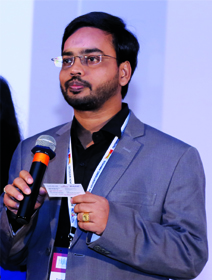 In his role as Deputy Commissioner of SDMC, Prem Sankar Jha heads the advertising department and has been playing an analytical role in ushering in a standard outdoor advertising policy in the zone under his jurisdiction. Along with various departments such as Remunerative Project Cell, Parking Cell as well as works as Officer on Special Duty,Engineering, under his leadership, SDMC has managed to increase its advertisement revenue from Rs 40 crore in 2015-16 to Rs 120 crore in 2016-17. This financial year SDMC is eyeing a revenue target of Rs 150 crore. An engineering graduate who is also an alumnus of IIM Lucknow, Jha has worked with organisation such as NTPIC and Indian railways. Among his various interests, he has also pursued freelance writing and also a noted Author and has written several books on Life skills, Decision making, International Relation and econometrics. 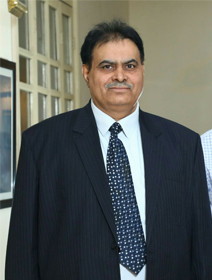 Dr Minhas has an experience of about 30 years in Planning, Operation and Management of Urban Transport in Delhi. He joined DTC as Management Trainee in 1986 and was soon appointed as Manager. Later he worked in various capacities — Depot Manager, Manager (Training), Manager (Regional Operations), Manager (Schedule and Planning) and Regional Manager (East) & (South). He also headed Public Relations Department and acted as Spokesperson of DTC. While on deputation with DIMTS Ltd., a Joint Venture of Government of NCT of Delhi & IDFC Limited, he worked as Assistant General Manager (BRT/HCBS). Dr Minhas has done his M.Sc., MBA, PG Diploma in Public Relations & Advertisement, M.Phil in (Management) and PhD in Management. He also successfully completed a one year “Leaders Programme in Transport Planning and Management” organised by MoUD, World Bank and CEPT University, Ahmedabad. As a part of this programme he also visited Seoul and Singapore to study the best practices adopted in these countries in transport sector. He also visited Montreal and Toronto in Canada to study the best practices adopted in their Transit system. 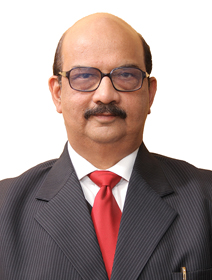 Sharat Sharma is working as Director (Operations) with DMRC since January 2013. An electrical engineer by profession with working experience of over 37 years, he has been in the Senior Management cadre of DMRC for 15 years. Prior to his DMRC tenure, Sharat Sharma worked in the Railway Open Line as Director / Safety, Ministry of Railways for 7 years, coordinated and handled safety of all zonal railways, formulated safety plans, assisted Parliamentary Affairs related to safety of Indian Railways, Khanna Safety Commission, Garg Safety Commission, etc. He has extensive experience in handling consultancy assignments for other metros in India. 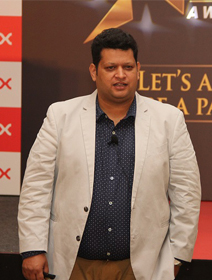 ‘What factors will drive brands to plan big for northern OOH markets?’

Dhiraj Kapoor is Head- BTL Marketing, working at DGM Position in Intex Technology India Ltd since June 2015 and taking care of all trade promotion & engagements. In Intex, he was managing Gujarat Lions ( IPL Franchisee ) and was leading the show as Marketing Coordinator. His previous assignment was with Dish TV India where he worked as DVP Marketing. He has also worked with Reliance communications & ITC Limited. In his current role Dhiraj is responsible for media planning, key account management, program management, interactive marketing, creative development, media planning and buying, channel management, etc. He has handled multiple retail visibility projects & OOH campaigns in urban and rural markets which include Innovations done at airports in Mumbai, Hyderabad and Ahmedabad that won OOH industry accolades. He has received the CMO Asia Awards for brand integration in sports marketing, and rural marketing. 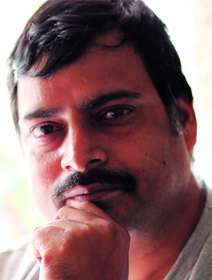 Dipankar Sanyal is the CEO of Platinum Communication and associated with the OOH industry for the last 21 years. In his long career span, he has worked with renowned companies that include Selvel Vantage group, Portland, Zenith Optimedia, RK Swamy BBDO and Madison Group. Sanyal who is a commerce graduate from Calcutta University has a penchant for photography, martial art and an avid cyclist. 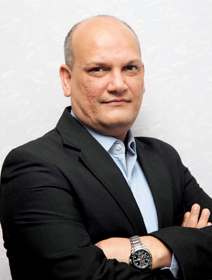 Pawan Bansal is the Chief Operating Officer for Jagran Engage. Pawan joined JPL in July 2007. He also leads the group’s BTL division: Jagran Solutions (a unit of JPL) and is responsible for consolidating the group’s presence in the sector. In December 2011 he took additional charge of Jagran Solutions as COO. Pawan has over 23 years of experience in Sales and Marketing functions. He had worked with Castrol, Bausch and Lomb & Rave Entertainment earlier. He has a vast understanding of Sales and Marketing, and has worked across categories for Activation and OOH. As a COO of Jagran Solutions, his major responsibilities include growing the business nationally, aligning all the 4 regional operations and managing top line as well as bottom line. Pawan is an alumnus of FMS BHU and Kanpur University. 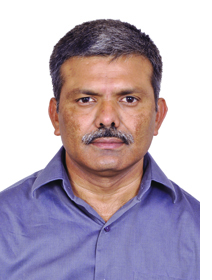 ‘Why OOH must go Green For Good – Lighting / Printing Perspective

Bhagwath Prasad B, Director of Printech Digital Imaging founded the company in 1999 and expanded the large format business into many folds in the span of 20 years. He is the one who took front seat in India to promote green technology and always advocated for eco-friendly material and printing for OOH. In 2003, he acquired UV printing machines and since then, he has been investing in greener material and printing for many brand owners in country. He has been facilitated with various quality awards and only printer in the country to have received telenor global award for introduction of greener technology for brand communication. 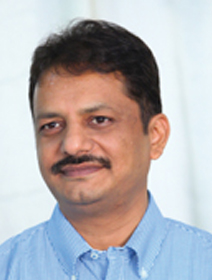 ‘Why OOH must go Green For Good – Lighting / Printing Perspective' 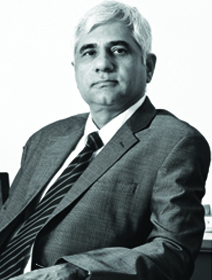 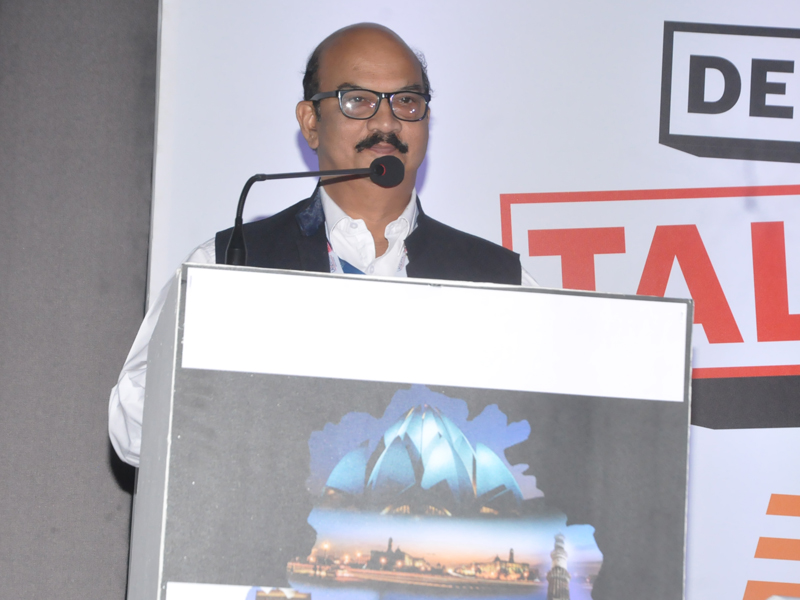 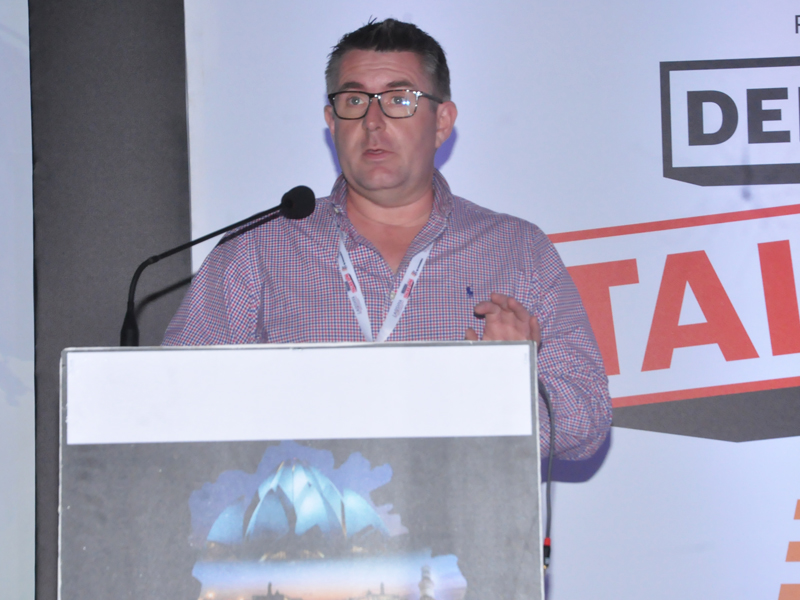 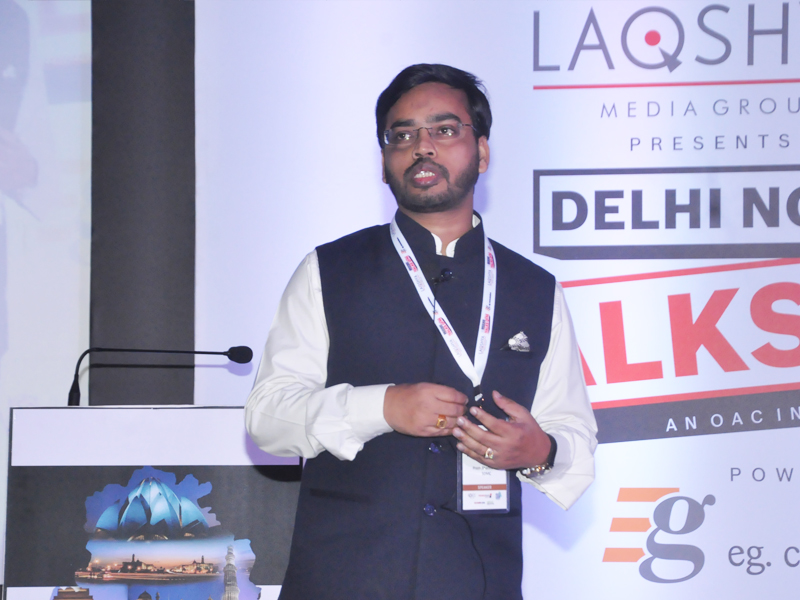 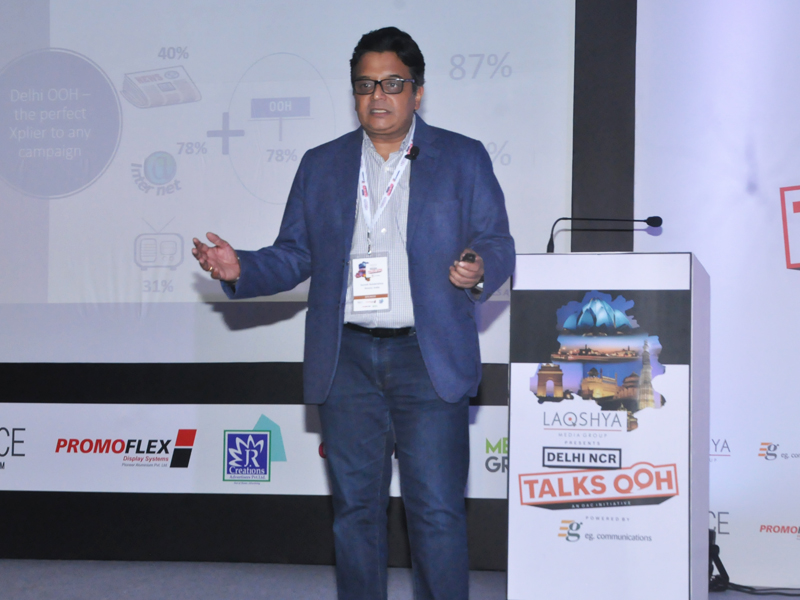 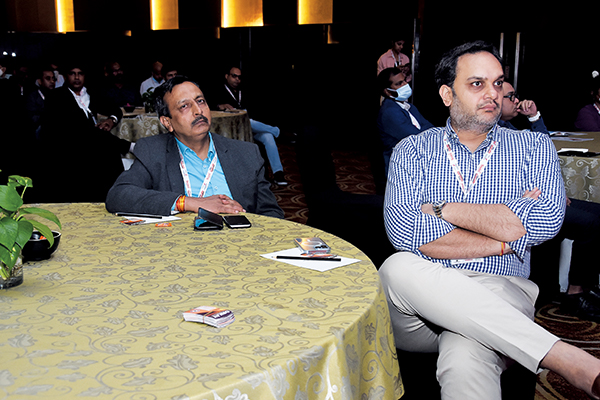 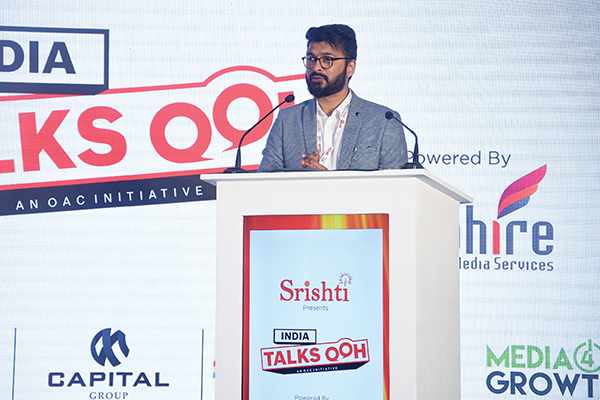 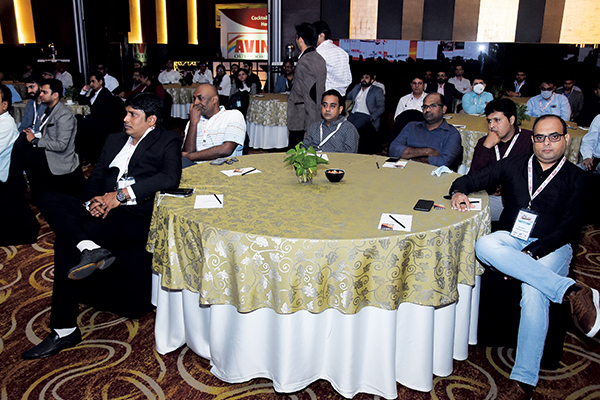 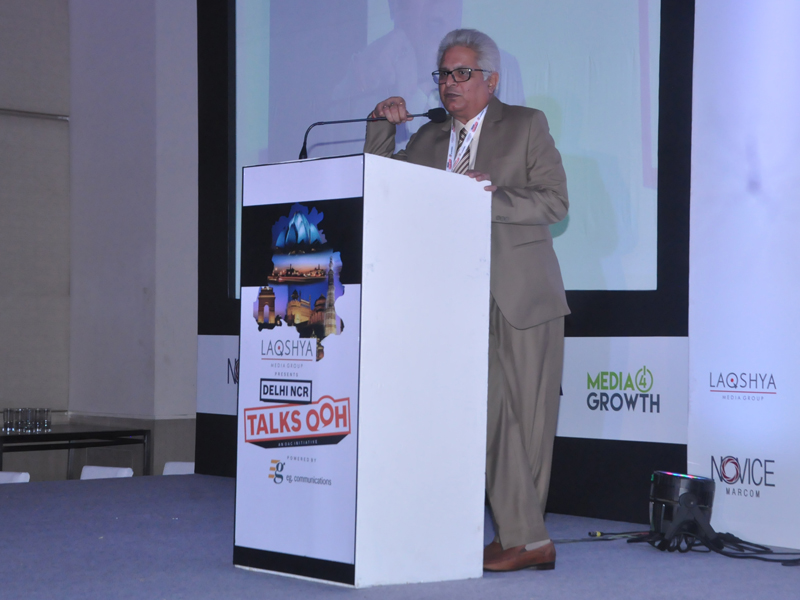 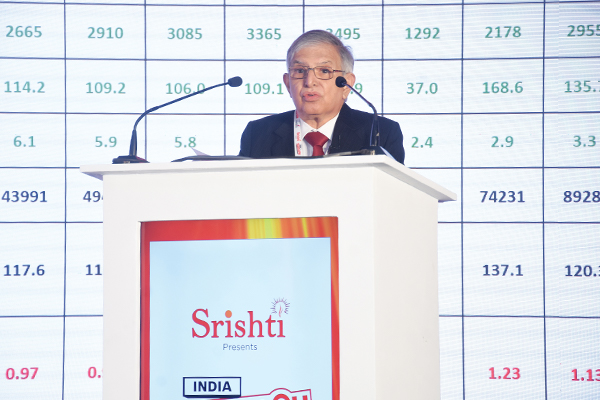 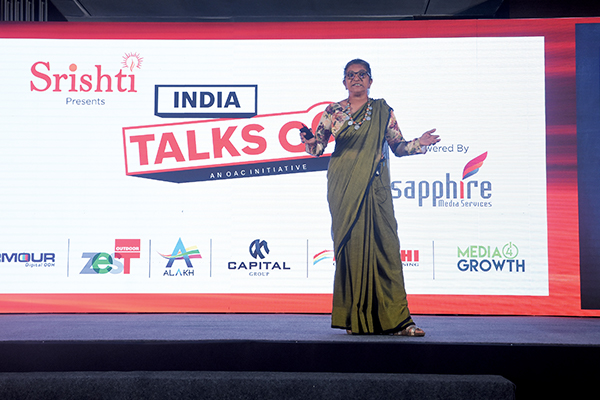 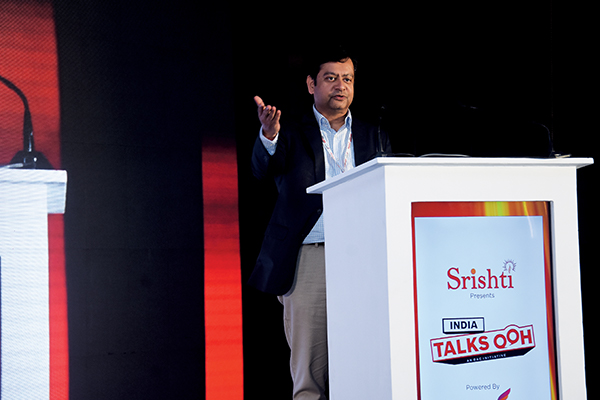 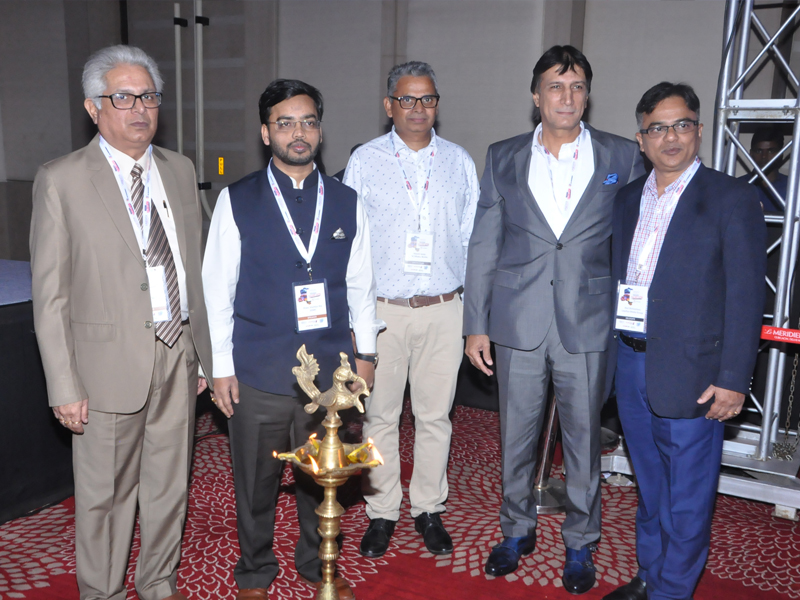 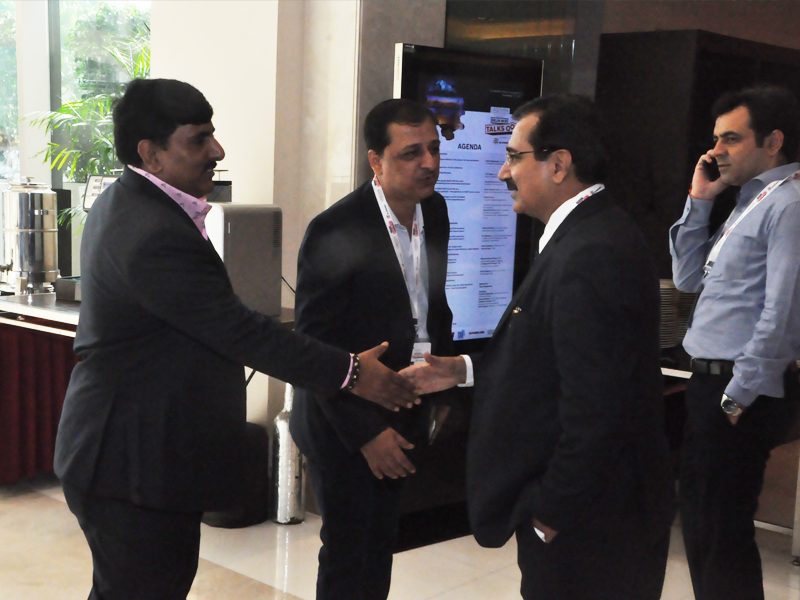 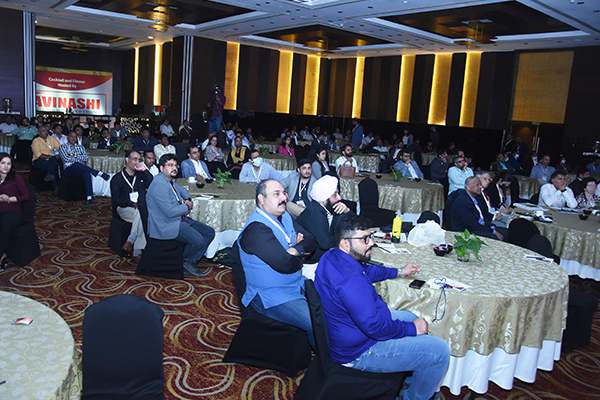 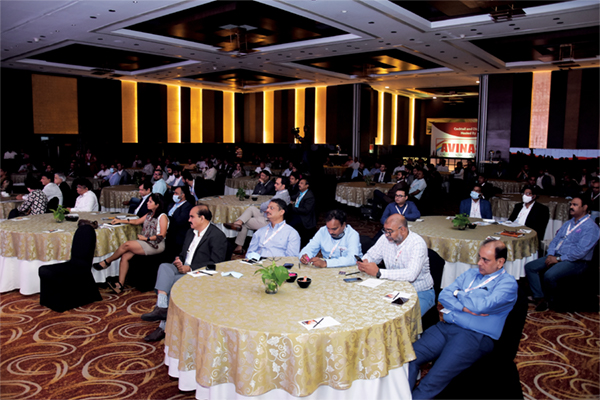