Car2Go aimed to catch the attention of Vancouverites near one of its rental parking spaces. 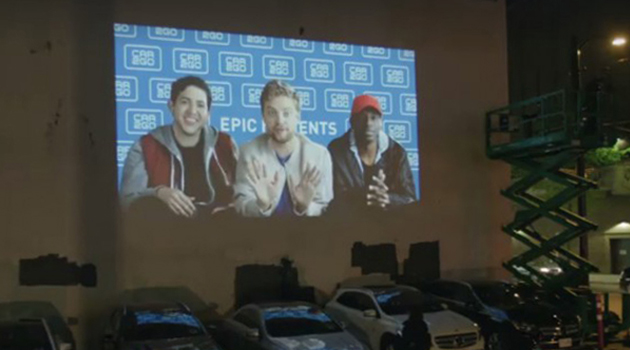 Canada’s short-term car rental service Car2Go aimed to catch the attention of Vancouverites near one of its rental parking spaces. Media in Canada reports that members who were approaching their rental vehicle on the evening of May 5 may have thought the projection of three smiling faces on the adjacent wall was nothing out of the ordinary. But things got a little unexpected when the three persons in the projection started talking to the members and asking them where they were going with their rental — and responding in real time.

The one-night execution was part of Car2Go’s ongoing efforts to promote its new fleet of Mercedes-Benz vehicles, which was launched earlier this year. Grace Glenewinkel of Car2Go said the brand’s spend in OOH has increased significantly in the last year. Glenewinkel said Car2Go’s new focus on OOH and exploring more unique and interactive executions was a challenge in Vancouver, where it can be difficult to secure outdoor inventory because OOH space is at a premium. However, when exploring alternatives, she said, the brand turned it into an opportunity for a more experiential activation.