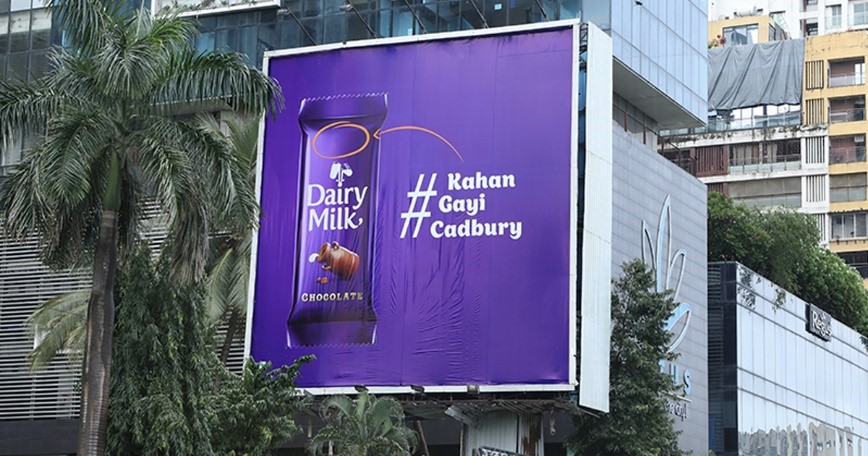 With the launch of Cadbury Chocobakes Choc Layered Cakes, Mondelez India, the makers and bakers of some of India’s snacking brands - Cadbury Dairy Milk, Cadbury Bournvita, Oreo and many more, has disclosed the mystery behind #KahanGayiCadbury (Where did Cadbury go?) campaign.

Shockingly, Cadbury had disappeared from social media pages, billboards, print ads and direction sign boards which raised curiosity among people. It points to a big mystery built by Mondelez India under its campaign supported by an extensive marketing plan where outdoor advertising is being handled by Kinetic India. 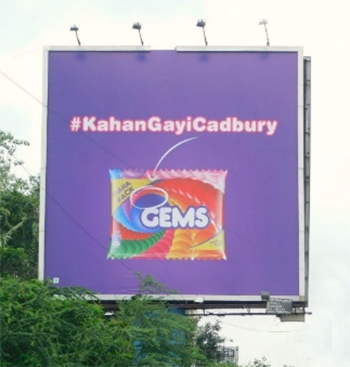 “With #KahanGayiCadbury activation, we wanted to build intrigue among consumers and have them imagine a world without Cadbury. This became a perfect segue into the unveil of the newest addition to the Cadbury family- the new ‘Meetha Chhupa Rustom’ Cadbury Chocobakes Choc Layered Cakes. Following this intriguing activation, a 360-degree campaign will further support the launch, taking the Meetha Chhupa Rustom thought a step forward,” said Associate Director-Marketing (Biscuits), Sudhanshu Nagpal, Mondelez India.

With new product, the company is not only providing a new eat experience but driving consumer convenience both for in-home and on the go consumption. This is the company’s second launch under the chocobakery sub-category, in less than a year, after the launch of Cadbury chocobakes choco-filled cookies.

Commenting on the creative part, Akshay Seth, Group Creative Director & Chinmay Raut, Senior Creative Director, Ogilvy India, said, “This is an integrated campaign in the true sense. An extremely intriguing teaser phase that made the nation wonder #KahanGayiCadbury as we made the iconic Cadbury logo disappear from various brand assets, print ads, directional signages; even roped in Asia’s record holding chocolate wrapper collector. Kudos to the client and our talented team for making this happen almost overnight. The reveal was Cadbury hiding in a cake, the newest member in the Chocobakes range. The launch film brings to life the brand proposition of Meetha Chhupa Rustom, starring a naughty baby, one that is sure to make its place in viewers’ hearts.” 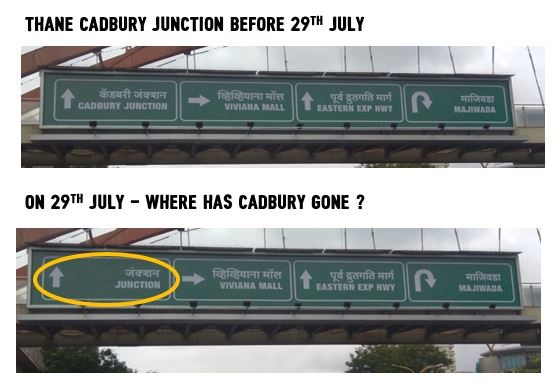 To support the launch, apart from this campaign, the company also recently launched a new film, as part of the second leg of the ‘Meetha Chhupa Rustom’ narrative. Conceptualized by Mondelez India & Ogilvy India, the film showcases a sweet bonding between an elder brother and younger sibling, wherein he compares the baby’s characteristics to that of the Cadbury Chocobakes Choc Layered Cakes.