The campaign has been designed with Posterscope’s proprietary tool, OOHZone based on target audience demographics and traffic data 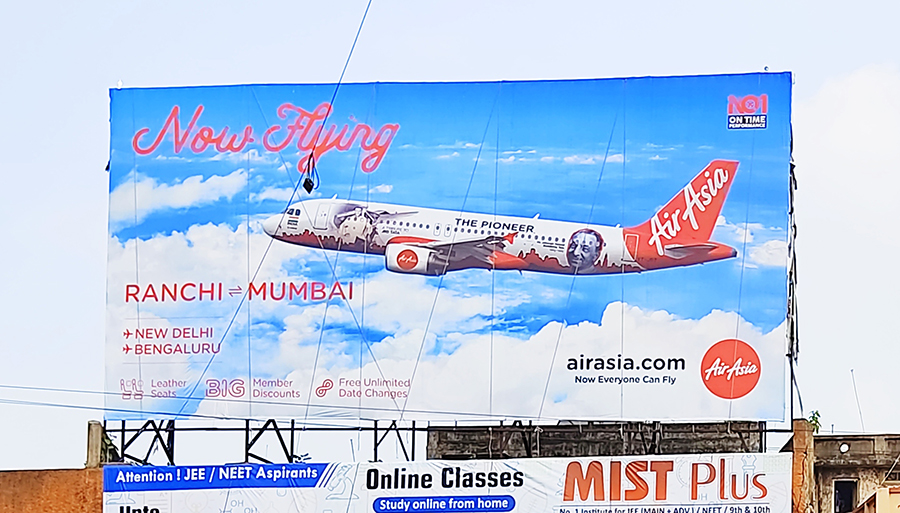 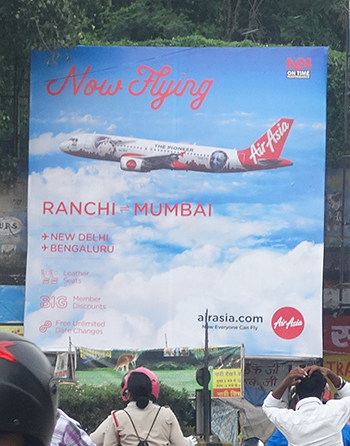 An airline brand, AirAsia India in partnership with Posterscope India has conceptualised and implemented a high visibility OOH campaign to announce its new connection between Ranchi and Mumbai.

It focuses on large format hoardings in Jamshedpur, a key source market for flights from Ranchi to major metros.

With the objective of paying tribute to the pioneer of civil aviation and building resonance with the target audience inJamshedpur, the AirAsia India pioneer livery was featured on the OOH creative.

Speaking about the campaign, Ranjith Kumar, Marketing Manager, AirAsia India, said, “AirAsia India has enjoyed a strong resonance in Jharkhand since the launch of operations in Ranchi in 2017. Given the promising demand, we decided to introduce a direct flight connecting Ranchi and Mumbai in addition to our existing operations from Ranchi to Bengaluru and Delhi. As part of our outreach to celebrate JRD Tata’s 116th birth anniversary in July, we decided to promote the new route in Jamshedpur, considering the large population it enjoys. Jamshedpur, as a relatively smaller urban agglomeration, was picked over other metropolitan areas for executing our OOH campaign based on our research, market demand, and secondary data such as Google Community Mobile reports indicating less impact on traffic movement.”

The brand leveraged Posterscope’s proprietary tool, OOHZone in targeting key route based on target audience demographics and traffic data. In accordance with the airline’s marketing and media planning team’s brief of ensuring that the choice of media reflects the brand positioning, the agency identified arterial routes and high impact OOH sites like Adityapur bridge entrance, given the volume of traffic, pace and dwell time at the checkpoint and the size of the hoardings.

“Our partnership with AirAsia goes a long way and it’s a pleasure to launch their new Ranchi-Mumbai route. The perfect placement of the media within the city has ensured that the creative lives the moment, captures eyeballs, and connects with the right target audience. Taking into consideration all the safety protocols, the campaign was up in 24 hours and we are optimistic that the results will be encouraging,” said Sanjay Rao, Associate Vice President, Posterscope India.