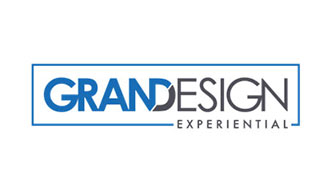 Year after year, San Diego Comic-Con has proven to be a gathering unlike any for pop-culture fans and the city is seeing the excitement spill outside of the Convention Center’s walls and into the streets of San Diego. Grandesign Experiential, a San Diego-based experiential marketing company, has led the “Fan Com” charge for 8+ years. Today, the company announces its plans for this year.

Last year, Grandesign Experiential presented The Experience in San Diego—a pop-culture playground nestled in the Lexus Premier Lot that brought over 300,000 fans throughout the four-day weekend. Though the team is not leading The Experience in San Diego this year, it is working with the Padres, the lot’s original producers, to bring its clients’ activations to life at the 2019 Interactive Zone at Comic-Con. The Interactive Zone is a larger than life activation site that has been built from the ground up since 2012.

“The Experience in San Diego was the most thrilling and successful campaign we’ve ever done and one of my favourite accomplishments to date,” said Aaron Gaeir, Founder of Grandesign Experiential. “Though we want to recreate this business model again in the future at pop-culture events, we decided to return to our roots and lead Comic-Con-esque activations at various places throughout the city. We’ve had clients at the popular Interactive Zone for years and we truly believe the Lexus Premier Lot is a gem of all activation sites seeing that it’s right outside the Convention Center.”

In addition to client activations at the Interactive Zone, Grandesign Experiential has inquiries from the industry’s largest brands to ideate and execute activations in areas such as 5th Avenue Marina, Gaslamp District, Convention Center, Petco Park and more.

“We’re lucky to call San Diego our home and the city, and our team, is never more alive than during Comic-Con,” adds Gaeir. “We look forward to continuing to be the leaders of experiential marketing at San Diego Comic-Con and providing experiences for those that can’t get badges.”

Grandesign Experiential has been responsible for over 30+ over-the-top campaigns during San Diego Comic-Con. Favourites and award-winning campaigns include Warner Brothers’ It-themed school bus and VR installation, IMBDboat, TBS’s Wrecked Island tied up in the Embarcadero Marina, 30 Charlize Theron look-alikes to promote Universal’s Atomic Blonde and more. The team has also spearheaded Adult Swim’s activations at Comic-Con for the last seven years. The company is headquartered in the old Wonder Bread factory on 14th Street in the East Village and is on-site day in and day out for weeks prior to Comic-Con.