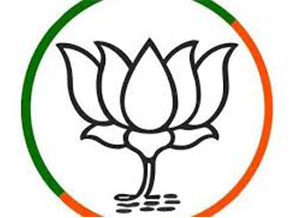 The ruling national party Bharatiya Janata Party (BJP) has engaged several OOH firms to execute its election campaign ahead of the General Elections. With not many days to go for the first phase of the Lok Sabha polls, the party has engaged some 8-9 OOH firms to roll out the campaign in different circles.

US Advertising, which has been handling BJP outdoor campaigns, has been given the OOH mandate for the entire Delhi NCR, as confirmed by the company. The campaign will be up in Delhi NCR shortly.

Jagran Engage has been given the mandate to roll out the party’s campaign in the crucial state of Uttar Pradesh that also houses Prime Minister Narendra Modi’s constituency Varanasi. The allotment has been confirmed by Jagran Engage; the campaign will be up by Monday.

Pioneer Publicity will be rolling out the BJP campaign in Uttarakhand through its agency Avenir Brand Connect.

The campaign execution duties in Rajasthan, Haryana, North East,and Telangana have been given to Tribes Communication agency, confirmed by the agency.

As per industry sources, the party’s campaign in Mumbai, Rest of Maharashtra and Goa have been assigned to MOMS Outdoor Media Solutions but the OOH specialist agency when contacted by Media4Growth has refrained from giving any confirmation and comment on this. Apparently, The Social Street has also bagged the campaign rights in Gujarat, Madhya Pradesh, Karnataka and other places, but this has not been confirmed by the firm.

Likewise, Rapport India has been assigned the duties for Bihar & Jharkhand whereas CashUrDrive will be executing the campaign in Punjab and Himachal markets. But there is no confirmation from these agencies as well.

It is learnt that the first part of the campaign will feature the theme of ‘Main Bhi Chowkidar’, ahead of the PM’s video conference scheduled on March 31, and following that, another creative will be used for the campaign.