Delhi NCR’s constant battle with smog has been hogging the headlines year after year. Given the fact that this year the city has attained an emergency level of smog which is life-threatening to Delhiites, Philips  in association with Carat Media & Ambient India launched a real-time Digital Out-of-Home (DOOH) campaign using ROOH capabilities.

ROOH integrated real-time Air Quality Index data with contextually developed marketing creatives to address the alarming levels of pollution and communicate ways of beating these toxic pollutants. This was done by acquiring 100% share of voice on DOOH which in turn helped the brand connect with the right audience at the right time in the right situation. 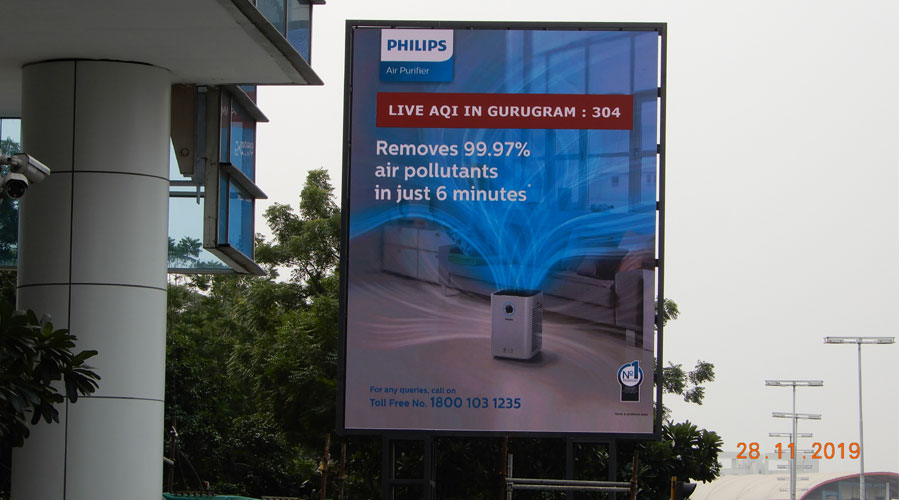 Gulbahar Taurani, President, Philips personal health said, “With air pollution reaching dangerous levels across major cities in India, there is a growing concern around issues caused by pollution like asthma, breathing issues, allergies, especially in children. Indoor air pollution is even worse than outdoor and has become a year-round problem. Just like water purifiers, air purifiers have become a necessity for every home now. As market leaders in Air purification, we want to educate consumers on the Air quality around them so that they can take precautions and stay safe. We believe that this Dynamic Digital-OOH campaign is a step in that direction, and helps consumers not just become aware of the levels of Air pollution real time, but also gives them a solution so that they can take action accordingly.”

Speaking on the campaign, Deepak Kumar, EVP - ROOH said, “Being a leader in health technology, it was important for Philips to stand for a purpose and bring respite to consumers. Keeping this at the core, we created an engaging yet innovative campaign within budgets by using DOOH at key traffic congregation in Gurugram. This dynamic DOOH campaign not only spreads awareness about the situation but also provides a solution. Additionally, I believe that most cities in the country face air pollution, which means an air purifier is no longer considered a luxury but is now a necessity.”

“The Philips Air Purifier campaign is yet another example of driving a brand message dynamically in the Out of Home space. With the ever-evolving media environment it is imperative for brands to go beyond and tap on opportunities which help them spread awareness about the current situation. “said Rajni Menon, CEO, Carat India