The BTL activity, planned and executed by Vritti imedia, centred on sensitising the target audience on women’s menstrual hygiene, which is the core of the movie 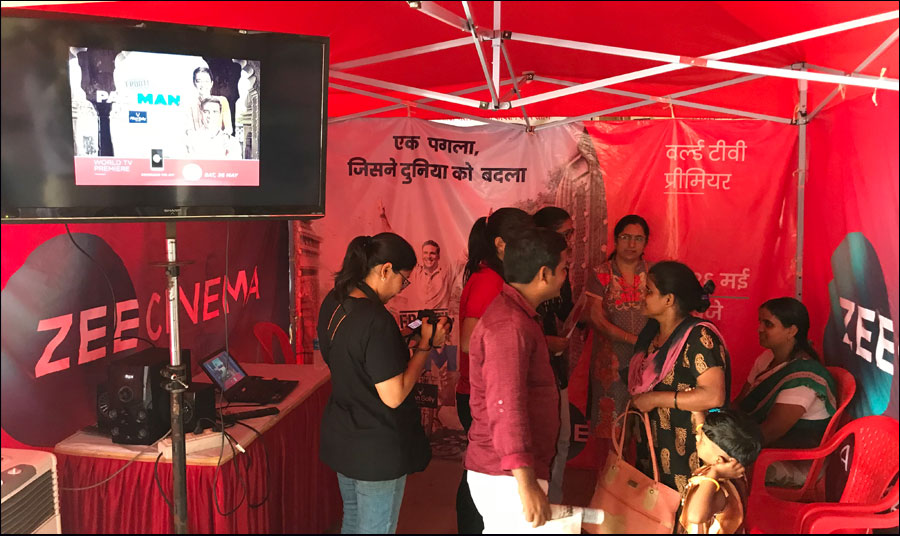 ZEE Cinema took an innovative route in association with Vritti imedia to promote the premiere of ‘Padman’ movie on the TV channel. 2-day BTL activities were conducted at Vritti imedia ‘Audiowala Bus Stands’ at busy transit, non-urban state transport bus stations on the outskirts of Mumbai, at Panvel and Palghar.

The activity centred on sensitising the target audience on women’s menstrual hygiene, which is the core of the movie. For this, gazebos were set up at the bus stops where a team of women sought to educate the audiences on the issue. Low-cost sanitary pads were also distributed free to needy women. A promo on LED TV served to reinforce the messaging at the sites.

The outdoor campaign had a total footfall of some 1,000 people at each bus stand over 2 days. Some 200 low cost pads were distributed every day. The cumulative reach of the “Audiowala Bus Stand” added up to about 1 lakh passengers, maintains Vritti imedia. The activity helped boost the audience for the movie premiere on ZEE Cinema.