The unmissable installation by Active Media Innovations on Juhu beach in Mumbai uses gargantuan cut-outs and flapping wings to promote the premier of 2.0 on Zee Cinema 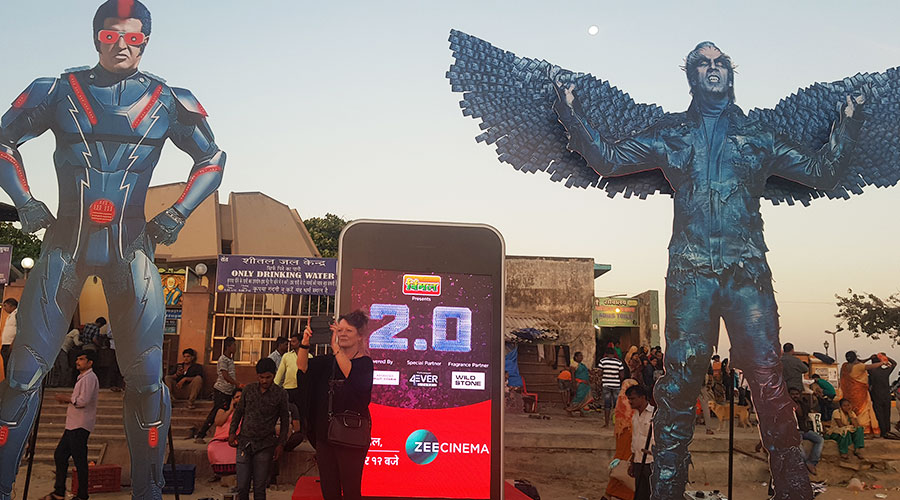 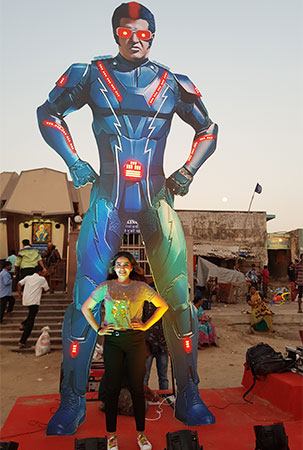 An engaging and innovative cut-out stands tall on Mumbai’s Juhu Beach for the promotion of 2.0 premiering on Zee Cinema. Active Media Innovations, which executed the innovation conceptualised an unorthodox idea to grab maximum attention and garner viewership for the premier. An interactive cut-out was stationed on Juhu beach to communicate the essence of the movie’s storyline. Acknowledging the larger-than life stature of Rajinikanth, the campaign included tall cut-outs of Chitti, the protagonist robot, and Pakshirajan, the antagonist, alongside an interactive cell phone cut-out, a theme around which the story-line revolves.

The cut out was installed with LED lights, and motor-assisted wings that flapped past sunset. Smoke and motorized movements appealed to the visual aesthetics of the media, turning the campaign into roaring success while conforming to the budget.