Having made its mark on the Mumbai Metro, mobile handset brand Vivo rolls out an impactful OOH campaign on Chennai Metro Rail Ltd's elevated stretch. JCDecaux has the exclusive advertising rights for the CMRL trains 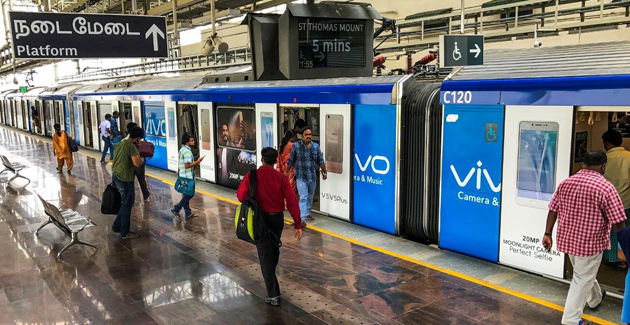 Targeting the receptive audience with higher dwell time on the Metro, the brand aims at capturing exclusive mind space of the commuters. The youthful campaign on the much sought-after premium media at CMRL is a visual treat for the commuters. 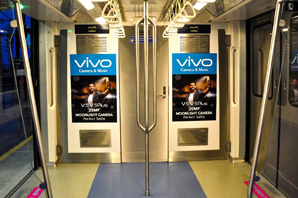 Leveraging JCDecaux’s Premium Train Domination medium, Vivo gets an impactful coverage on both the elevated Corridors – 1 (Koyembedu to St. Thomas Mount) & 2 (Little Mount to Airport). CMRL is the first wide-ranging passenger Metro network in India that connects the commuters to the airport. Chennai Metro will now be operational for a stretch of 1.28km from Alandur to St. Thomas Mount which is an extension of the existing stretch from Koyambedu to Alandur and further 5.1 km from Alandur to Airport. CMRL is also linked to Chennai Mofussil Bus Terminus (One of the largest Bus Terminal in Asia) and the Sub-Urban Trains.

Speaking on Vivo Mobiles Campaign and opening of the newly opened elevated stretch on CMRL, Olivier Heroguelle, MD, JCDecaux India says, “Opening of the elevated corridor to the airport has opened significant opportunities for advertisers. We are extremely happy that Vivo Mobiles have placed their trust on our much sought after media in a billboard free city. We strive to deliver best services to our advertisers and this media will prove to be a unique opportunity to reach a targeted, receptive and captive audience, which are traditionally hard to reach especially in Chennai”.

JCDecaux has the exclusive advertising rights for the CMRL rolling stocks (trains). These include exclusive external wraps and internal train branding. CMRL currently has 15 fully operational trains covering 13 stations including the newly opened airport stretch. The contract is for a period of 10 years and will include 32 stations and 42 trains of the Chennai Metro Project wherein each train comprises four car coaches.