The brand opted for a massive OOH campaign using more than 200 properties including traditional hoardings, flyover pillar brandings, LED board, kiosks and bus-shelters. 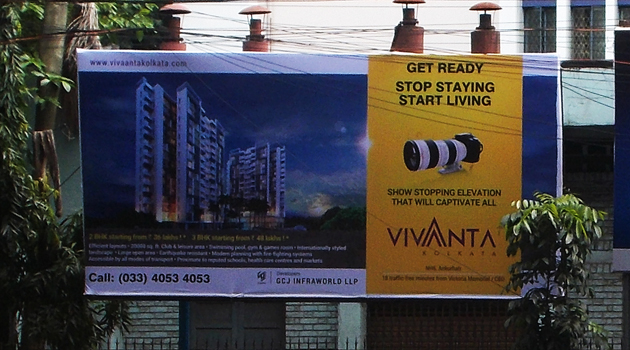 Vivanta Kolkata, a real estate project developed by GCJ Infraworld LLP,  recently launched a comprehensive outdoor campaign in Kolkata, ROWB (in cities like Asansol, Siliguri, Burdwan) and in the neighbouring cities of West Bengal like Jamshedpur, and Deogarh to create a mass awareness for the high-end residential venture. 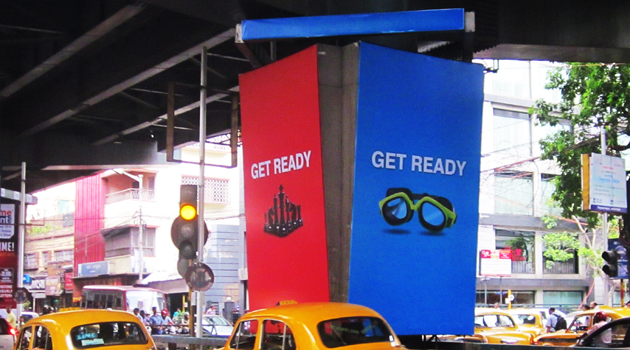 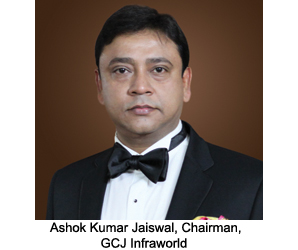 As the project was being launched just before Durga Puja, the brand went in for massive OOH Coverage using more than 200 properties like traditional hoardings, flyover pillar brandings, LED board, kiosks, bqs, etc. The promotion was divided into a teaser and a reveal campaign. The entire outdoor campaign was executed by Balaji Ads.

"The campaign has been given a different dimension covering a large demography. We launched five teaser campaign having separate creatives showcasing a significant symbol in each, i.e. camera, shoes, swim glasses, chess pieces, and a time-watch and each has been revealed with an interrelated message, like the shoes later signify that it has a beautiful landscape and one can do a lot of jogging and practice sports. The camera signified that it will attract you in such a way that one will feel like taking a picture; swimming goggles suggested that we have a 20,000 sq. ft. area for club and pool which will rejuvenate all. In fact, while distributing the teaser we have planned in such a way that the most colourful and vibrant messages are put up in the most congested areas so that it attracts the TG very fast.â€

For the brand, designing the teaser was a challenge when it comes to a sector like real estate because in general the audience tends to look for the elevation of the building at a go.

Further Jaiswal said: "Outdoor is always preferred by us because the TG gets multiple views of the promotion while they are on the move. This campaign is going to end by mid-October and just before Diwali we are launching a new one with a different creative for Vivanta. Like our launch campaign saw a creative innovation, the next one will be followed by a fabrication innovation.â€ 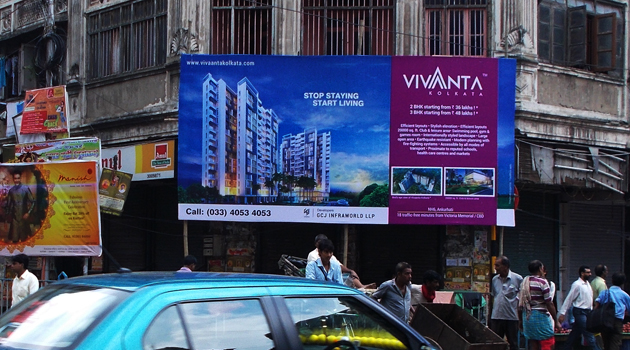