Shopclues goes on a deals spree 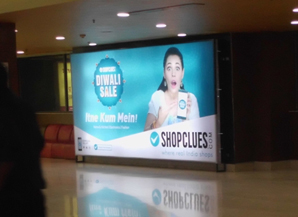 Prior to Diwali as e-commerce sites are promoting special shopping offers, shopclues.com promoted its exciting shopping deal via outdoor as part of their multimedia campaign. Laqshya Solutions executed the OOH campaign of the brand in Pune, Surat, Lucknow, Chandigarh, Ludhiana, Jaipur, Indore, and Bhopal.

The brand targeted the mobile youth by being loud and visible at all key pockets in the target cities -- across gender, age groups who would use mobile apps to have their fashion needs satisfied. Laqshya made use of a good mix of large-sized media units like hoardings, and gantries with a mix of ambient media like building facades in corporate hubs to mall facades, youth hangouts and mall / market places to reach out to the audience. The brand made use of colourful creatives with the message ‘Itne Kum Mein’ to drive eyeballs to the website. 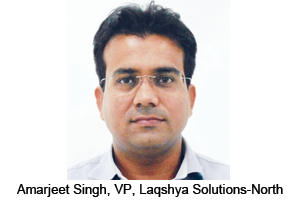 Speaking about the campaign, Amarjeet Singh, VP, Laqshya Solutions-North, said, “With this campaign, we announced the much anticipated ‘Diwali Sale ‘for Shopclues.com in some selected cities.  The brief from Shopclues.com was very clear, to deliver the most impactful plan for their campaign amidst clutter. With the festive season round the corner, all E-commerce brands will be visible on the outdoor space and our objective was to stand out and stay noticed. I am thrilled that the team has ensured the same. It’s always a pleasure to be associated with Shopclues.com as the team representatives at Shopclues are extremely passionate and immensely involved which translates back to the team and they raise the bar every time. The visibility is great and the campaign is making a lot of right noises.”