How TV channels piggyback on OOH for poll results 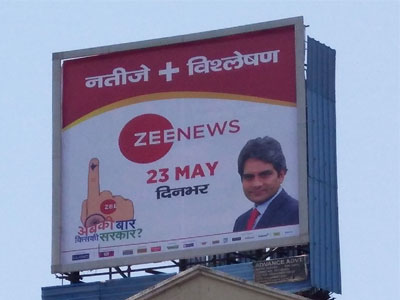 After political parties who utilized the outdoor medium to reach their voters during the Lok Sabha Election 2019, TV news channels have now been vying with each other to garner maximum viewership for the election results news, promising unique news programming as part of the coverage.

The channel has strategically placed their different language 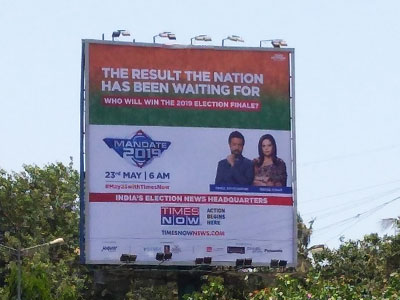 Times Now from the Times Group has also rolled out a hard-hitting campaign, claiming their channel to be India’s election news headquarters and showcasing their two aggressive prime-time senior presenters. Their campaign line is, ‘The Results the Nation Has Been Waiting For’. Interestingly, the channel has taken digital billboards in Mumbai to broadcast the results. Close to five screens have been taken at four railway station locations. The campaign has been executed by Times OOH.

Leading Hindi news channel AajTak has also gone in for digital OOH. While the channel already has a couple of screens at IGI airport, Delhi, and a screen at Varanasi airport, broadcasting their channel 24x7, the news channel has taken another site at Chhatrapati Shivaji Maharaj International Airport, Mumbai, to broadcast live the result updates. The exclusive media rights for Mumbai airport are handled by Times OOH.