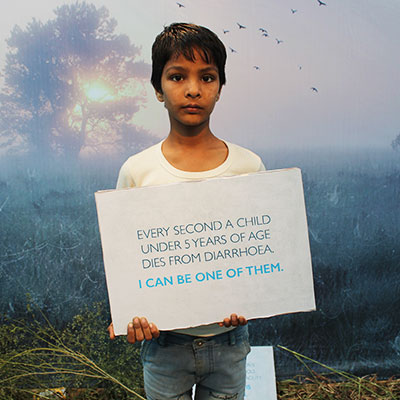 On World Toilet Day, Dentsu Impact, the creative agency of Dentsu Aegis Network, joined hands with We Are Water Foundation, the CSR wing of Roca Bathroom Products, to launch a social experiment campaign.

The campaign initiated at Sector 29 of Gurugram, Haryana, saw a makeshift public toilet being constructed for the purpose. On entering the toilet, the public encountered an iconic site -- common to 250 million people in rural India – a railway track, which is commonly used as an open defecating area in India.

The awareness campaign also had children and women holding placards that delivered the hard facts and adverse effects associated with open defecation. The idea was to not just shock people, but also sensitize them to the condition in rural India.

The campaign reportedly had impact, for people immediately 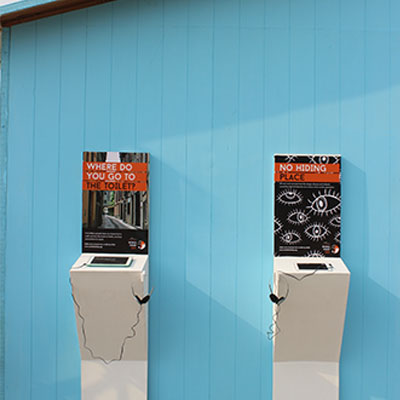 pledged to ‘#CloseOpenDefecation’ by signing up on the We Are Water Foundation portal. Each sign-up/pledge helps the Foundation contribute to the construction of more toilets.

Beyond social experiment, the campaign also had a film featuring the plight of rural India which was launched on social media platforms with relevant teasers. This was followed up by the social experiment film. The option to pledge and tweet was extended to the online urban audience as well.

Soumitra Karnik, Chief Creative Officer, Dentsu Impact, said speaking about the campaign, “As advertisers we must create communication which can assist the society we live in, in bringing about a positive change. As communication experts we can and should create content that delivers solutions that can impact a change in our society.”

Mayuri Saikia, Management Trustee, We Are Water Foundation, and Marketing Head, Roca India, said, “The problem of open defecation has always been prevalent in the country and 250 million rural Indians still continue to defecate in the open, exposing themselves to various diseases and mishaps. Through We Are Water Foundation we have been promoting healthy living, better hygiene and improved sanitation in the country and have done some truly impactful work over the years. When the idea was presented to us, we saw immense potential in it. So far, we have received a heartwarming response for the campaign as more and more are joining the cause with the foundation. As corporates and individuals, we need to realise that beyond government initiatives, we have so much power to drive the desired behavioral change towards usage of toilets and work towards the common goal to #CloseOpenDefecation.”