The brand’s month-long national campaign, executed by Kinetic India across India, is a celebration of its iconic line, ‘Britannia Khao World Cup Jao’ and the completion of its centenary year 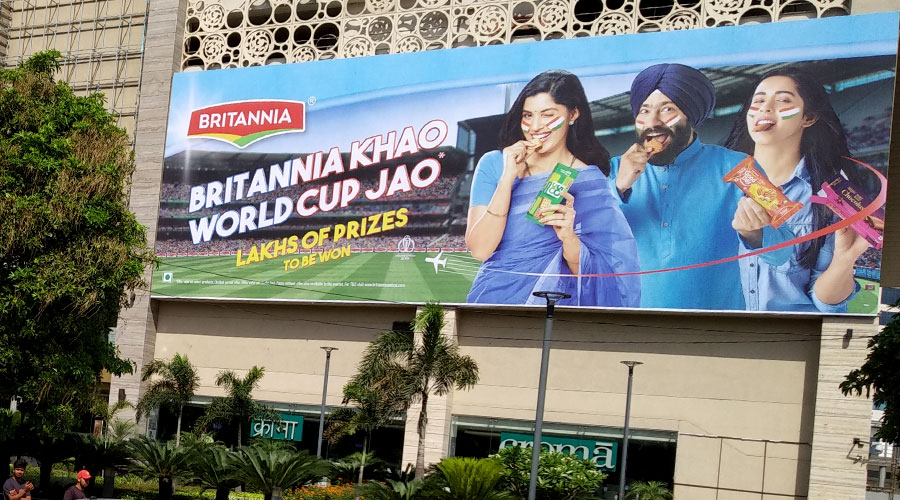 Leading biscuits brand Britannia leverages multiple OOH formats including hoardings, bus shelters, FOB, metro wraps and bus branding, among others, for a month-long campaign that celebrates the completion of the brand’s centenary year and its long association with cricket. The essential idea is to build nostalgic excitement around its iconic ‘Britannia Khao World Cup Jao’ campaign message, which debuted way back in 1999.

The current campaign, executed by Kinetic India and created by Lowe, is a 360-degree national initiative rolled out across top 26 cities in India. The 100 day plus campaign will culminate with the winners going to attend the World Cup event.

Ali Harris Shere, VP - Marketing, Britannia Industries Ltd. shared, speaking about the campaign, “It is most rewarding to bring back our iconic ‘Britannia Khao World Cup Jao’ campaign in the biggest way possible on the completion of our centenary year. Britannia and cricket go back a long way. The original 1999 campaign was truly innovative for its time and is a marketing campaign that millions in the country still remember fondly today. This year, we’re rewarding 100+ consumers with a paid trip to cheer on their favourite cricketers in person. This, we believe, is every cricket fan’s dream come true. A bonanza of gifts and World Cup memorabilia are also up for grabs for millions of consumers.”

Campbell Jamieson, ICC General Manager – Commercial, said, “The ICC welcomes the partnership with Britannia and we think that the ‘Britannia Khao World Cup Jao’ campaign is an exciting collaboration. Britannia, a brand focused on engaging fans across India, will offer cricket enthusiasts a chance to watch the matches live in England and Wales. The campaign also reaches out to millions of cricket fans with exciting giveaways across the duration of the ICC Men’s Cricket World Cup 2019. Britannia has always had a strong connect with the sport and we’re pleased to have them partner with us to help ignite cricket fever across India.”