Vritti-I-Media has executed the branding exercise 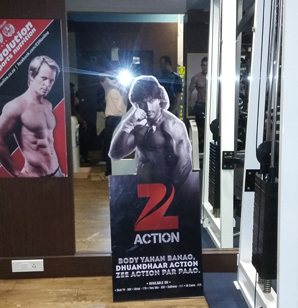 In a bid to reinforce the connect with large audiences in the small towns across the country, Zee Group, entertaining 1 billion viewers across 171 countries, has taken up a unique initiative – brand displays in salons and gyms in small towns. To ensure maximum recall among the TG there, Zee Cinema marked its brand presence at salons and barber shops of small towns by branding the shutters, front door, back part of seats, edges of the mirror, and some parts of walls.  Likewise, Zee Action put up life size cut-outs (6ft) of actors/action heroes as well as standees along with branding in areas like changing rooms, workout areas, reception counters and drinking water areas. Vritti-I-Media executed the branding exercise.

Rajesh Radhakrishnan, Director – Sales and Marketing, Vritti-I-Media, told Media4Growth, “The average waiting time at the salons and gyms is 40-45 minutes, so the branding will have a big impact on the TG. Zee Group suggested branding Zee Cinema in salons that will connect well with the visitors.” On the Zee Action campaign in gyms, Radhakrishnan added, “Zee Action chose gyms that are all about energy, enthusiasm, action.”