Home » OOH News » Vodafone U customers have a blast in Delhi

Vodafone U customers have a blast in Delhi 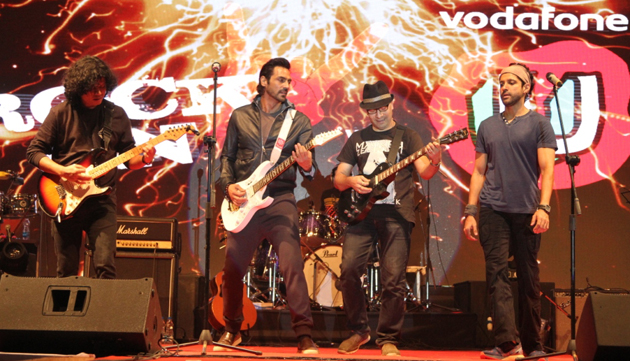 Vodafone U, first-of-its-kind lifestyle proposition for youth and the musical drama film Rock On 2, enthralled Vodafone music lovers with their exclusive Rock On 2 with U Concert live at Ramjas College, New Delhi. Vodafone fans were overwhelmed with the rocking performance by the Rock On 2 team - Farhan Akhtar, Shraddha Kapoor, Arjun Rampal.

The rocking evening was a part of the multi-city concerts being held exclusively for Vodafone U customers in Bengaluru, Pune and Delhi. As a part of the engagement initiatives around Rock On 2 with U Concert, Vodafone invited youngsters to participate in the contest #JoinTheBand, giving them once-in-a-lifetime experience to chill with Farhan, Shraddha and the Rock On 2 band backstage.

Commenting on the Rock On 2 with U Concert, Sandeep Kataria, Director -- Commercial Vodafone India. “Music is a huge passion point for the millennials today. Vodafone U - our youth proposition has tied up with Rock On 2, the much awaited musical film to provide our young customers a fantastic “money can’t buy” music experience and build connect like never before.”

Speaking about the association, Farhan Akhtar, said, “As always the crowd in Delhi was an amazing audience and I thoroughly enjoyed performing at the Vodafone U- Rock On 2 concert here. The evening turned out to be an epic one because the audience kept cheering us and expressing their adulation song after song.”