The orders issued by state-line takes cleaning drive in all parts of capital. 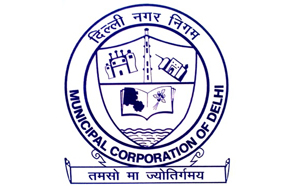 By taking forward the Swach Bharat (Clean India) campaign, Municipal Corporation of Delhi has started cleaning the clutter of outdoor medium spread out in different parts of the capital. The corporation has removed illegal sites from various parts of Delhi and will continue to do so in entire city. "The current demolishing is a part of Swach Bharat campaign which orders have been given by state-line. We identified sites from all four zones of Delhi and any site which doesn't fall under the Outdoor Advertising Policy 2007 pointers are getting removedâ€, shared MCD Spokesperson.

The corporation did release a public notice before taking any action to inform the vendor. "We had send notices to our registered advertisers regarding their illegal sites whereas no intimation was given to illegal sites owners. However a public notice was released to general informationâ€, said MCD Spokesperson.

Along with demolition, fine was also charged for the illegal sites which were defacement or hazardous. However MCD doesn't look in a mood of relaxation as they are taking it to different corners of Delhi. "This will be an on-going process. We will keep removing sites as per the rules of OAP 2007 and keep a check on demolished sites so that they don't come backâ€, explained MCD Spokesperson.