Why must different civic bodies apply different tax norms when the purpose of GST implementation was to bring about uniformity in taxes? 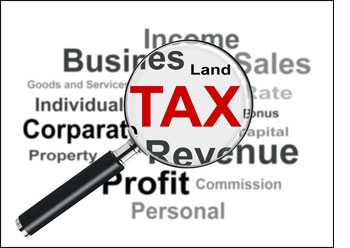 Take the case of South Delhi Municipal Corporation (SDMC) that refunded the Advertisement Tax that it had received from media owning firms after the DGST Act 2017 came into effect.

The Office of the Special Commissioner – III, Department of Trade and Taxes, Government of NCT of Delhi had informed the Additional Commissioner – Revenue (Advertisement) in an official communicated dated July 15, 2017 that the Delhi Goods and Services Tax Act 2017 was implemented with effect from July 1, 2017 and that with the commencement of the Act, (i)  in the Delhi Municipal Corporations Act, 1957, clause (d) of sub-section (1) of Section 113, Section 142, clause (c ) of Sub-Section 153, the words “or the tax on advertisements” appeared in sub-section (1) of Sector 154 and the Fifth Schedule shall be omitted.

The communication stated that since the services on which Advertisement tax levied by the municipal corporations was now covered under DGST Act 2017, the assessees may likewise be registered under the same Act.

Pertinent to add that the taxes subsumed under GST, as per the FAQs on GST released by Central Board of Excise & Customs, on March 31, 2017, are:

It is clear from the above that taxes like Service Tax and Advertisement Tax are all subsumed under GST.

Why must then different civic bodies apply different tax norms when the purpose of GST implementation was to bring about uniformity in taxes? Across markets, OOH firms are embattled with the lack of transparency with regard to tax demands.