Various OOH formats have been used to promote'Yeh Hai Aashiqui' a reality show on Bindaas. 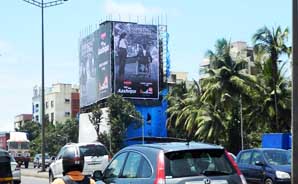 Popular youth channel Bindaas has come up with a new reality show'Yeh Hai Aashiqui', with the theme being unusual, inspiring love stories.  The series showcases couples who dare to challenge social norms and pursue their love life despite the most daunting of odds.

To promote the show Bindaas leveraged both on-air and off-air campaigns which depict various narratives of unusual romantic relationships . For example , one off-air campaign showcases a couple walking along the street with the guy sitting in a wheel chair. The in-house agency has strategically played with black & white colour in the art work of the campaign, to be in sync with the theme as well as make it interesting enough to catch the eye balls of the audience. The campaign was up majorly in Mumbai where it was seen at  Mahim, Bandra , Andheri. In Delhi it was seen at Gurgoan, Panchsheel and Okhla. 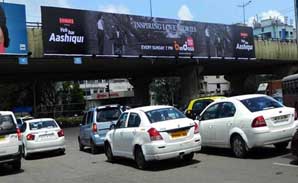