The aim of KAIA is to lead and unite a responsible outdoor advertising industry in Kerala that is committed to serving the needs of advertisers, consumers and the public. 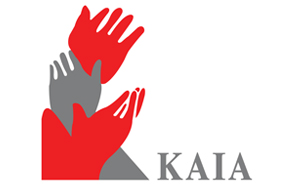 Associated to the IOAA, the Kerala Advertising Industries Association (KAIA) announced its silver jubilee completion this year. KAIA stands to develop and maintain the standard for outdoor advertising in Kerala and promote economic, social & cultural welfare and development of its members.

Speaking on behalf of the strongest advertising industry associations in India, K.Varghese Thomas, President of KAIA said, "Unity is the most important thing that make everything possible. Unity of the members make our association stronger than any other associations in India. This is perhaps our biggest achievement in the last 25 years. The other important achievement is that KAIA established a good relationship with the Government of Kerala, which helps us to ensure uniformity in tax revision rates.â€

The Kerala Government has been planning to implement a new policy for advertising in the state shortly, for which the government has seemed the opinion and suggestions from KAIA. This is shows the healthy relationship of the association with the Government authorities. The aim of KAIA is to lead and unite a responsible outdoor advertising industry in Kerala that is committed to serving the needs of advertisers, consumers and the public.

Currently, the KAIA has more than 500 members, with a state committee and 12 districts committees. Each district has an executive committee comprises of a president, secretary, treasurer, two vice presidents and two joint secretary. Among the five members of district, one shall be elected for the state general council. All the elected members from the district committee to general council make the legislative forum of KAIA. General Council shall elect a state president, general secretary, treasurer, three vice presidents, three secretaries and the central committee. Here, the District President can be nominated to the Central Committee.

For administrative convenience, the KAIA has been divided into three units including the South, Central and North Zones. Each vice president and secretary will have the responsibility of their zonal units.  "General Council should have two meetings in a year and the Central Committee shall meet every quarter of the year. The duration of State and District committees will be only two years,â€ Varghese added.