DOAA concurs with LG's concern; municipal bodies seen to be responsible for many of the odd practices 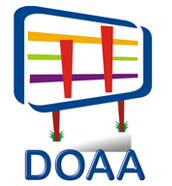 During the third fortnightly review meeting of three Municipal Corporations of Delhi, Lieutenant Governor of Delhi Anil Baijal raised a concern over the lack of uniformity in the city’s outdoor advertising formats including public displays, hoardings and signages.

On this, Ajay Gupta, Secretary, Delhi Outdoor Advertising Association (DOAA), told Meida4Growth, “I completely agree with Mr Baijal that there is an urgent need to bring uniformity in outdoor advertising. With the thrust on earning more tax revenues from advertising, all three corporations have given permissions for sites without bringing the city’s aesthetics into consideration. For instance, in the BRT tender, on the left side the vendor is installing flag signs vertically and on the right side another vendor is installing flag signs horizontally which is spoiling the beauty of the city”.

“Moreover, these corporations are flouting the 2007 Outdoor Advertising Policy and orders given by the High Court. As per the policy, any unipole located at 3 meter distance from the running road isn’t hazardous but they refuse to give permission for that. Also private billboards which are far away from roads have never been issue but to safeguard their tender and to maximise the earning, they removed that also”, he added.

As a solution, Ajay suggested that the people working on the OOH projects should belong to the city as they understand the city nuances better than anyone else.