The Chief Growth Officer has been appointed to oversee the Group’s growth agenda with special focus on Technology, Data and Analytics. 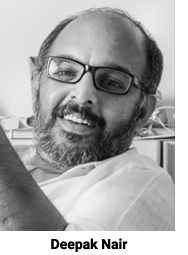 The DDB Mudra Group has announced the appointment of Deepak Nair as the Group's first Chief Growth Officer. Along with this position, Deepak will also manage the responsibilities of 22feet Tribal Worldwide as its Chief Executive Officer.

In this role, Deepak will be overseeing the Group’s growth agenda with special focus on Technology, Data and Analytics.

Quoting on the appointment, Vineet Gupta, CEO, DDB Mudra Group said, “The world has changed and we acknowledge that. We also 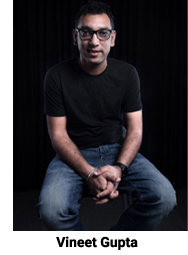 realise the importance of growth - not just for the clients we partner with, but also for our people. I am excited to welcome Deepak on board as the Chief Growth Officer. Deepak is an entrepreneur at heart and has been an incredible partner in the 22feet story. I am confident that his passion for building teams, capabilities and collaborations will help us take progressive leaps towards being increasingly relevant in today’s world.”

Deepak began his career in the early 1990s in sales. He followed his entrepreneurial spirit and co-founded White Canvas Communications in 2006 and 22feet in 2009.  After the acquisition of 22feet Tribal Worldwide with the DDB Mudra Group in 2014, Deepak was appointed as the Executive Board Member of the Group while serving as the COO, 22feet Tribal Worldwide.

At 22feet Tribal Worldwide, Deepak has been a key contributor in building the operations ground up and leading successful acquisition of 22feet with the DDB Mudra Group over the last three years.

Quoting on his appointment, Deepak Nair said, “In an evolving advertising landscape and a digitally mature marketplace, the opportunity to be a part of the DDB Mudra Group’s growth story is incredibly exciting. I look forward to collaborating with Vineet, to create a future-ready partner for our clients across the group while continuing to drive innovative technology solutions & growth for our clients at 22feet Tribal Worldwide.”