The contract provides for media rights across 3 states, 5 divisions (iDhanbad, Mughal Sarai, Danapur, Samastipur and Sonpur) covering 40-45 districts spread across entire Bihar and some parts of Jharkhand & UP 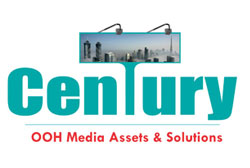 Indian Railways has awarded the media rights as under Package no. 51 for East Central Railway Zone to the Century Group of Companies for the duration of 10 years with an extendable clause for 10 additional years. The contract provides for media rights across 3 states, 5 Railway divisions spanning 40-45 districts.

The media mandate allows for branding at various avenues available at stations such as inside and outside stations, railway over bridges, road under-pass and platforms. The company will be installing traditional as well digital media formats. The media installation work will begin in the month of January 2018 wherein the media selling will start from the month of April 2018.

This zone includes 5 divisions i.e. Dhanbad, Mughal Sarai, Danapur (Patna), Samastipur and Sonpur covering 40-45 districts spread across entire Bihar and some parts of Jharkhand & UP. The complete zone spread will reach some 15-18 Crore  population.
This is the first zone-based tender that has been successfully executed by Indian Railways.