Development of about 1.1-million sq. ft of commercial space is expected to complete by March 2016 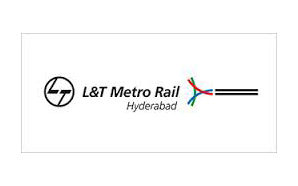 L&T Metro Rail Hyderabad has announced its transit-oriented development (TOD) brand 'Hyderabad Next', with plans to bring into supply a total 18.5 million sq. ft of commercial space during the operation of the estimated Rs 14,200-crore elevated metro rail project.

While L&T metro had achieved financial

closure for the development of the initial six million sq. ft commercial space under TOD, for realising the total space, an estimated over Rs 5,000 crore additional investment

may flow into its development at the current property market

valuations, according to him.

Development of about 1.1-million sq. ft of commercial space is already under way at some of the busy centres, and is expected to hit ground in March 2016. More commercial real estate

has been planned at all metro stations in the next 10-15 years.

"We have achieved bookings to the extent of 40 per cent from some of the well-known retail players like PVR Cinema, Hyper City mall and Shoppers Stop. We consider it as a remarkable feat in the course of execution of the project," said Gadgil. He said the metro was anticipating an occupancy rate of more than 80 per cent in them.

Revenues from the TOD operations are crucial to the sustainability of the metro project, as highlighted by the metro rail officials.

To start with, L&T is targeting a revenue mix of 50 per cent from ticketing fares, up to 45 per cent from rentals accrued through TOD operations and the remaining from advertising at the stations. However, in the long-run, TOD would become more predominant in its operations.

According to L&T, the brand 'Hyderabad Next' would provide ample parking and circulation, work, shopping, leisure, entertainment and healthcare, besides improving the quality and standard of living in the city. "In line with today's fast-paced lifestyles, retail experience at the stations is being developed to cater to the daily requirements of commuters, making the metro a one-stop solution," it said in a release.

Of the estimated over Rs 14,000 crore investment

in the metro rail project, which includes the initial six million sq. ft TOD development, Rs 7,000 crore had been spent so far, including a bank debt of Rs 4,500 crore and equity to the tune of Rs 2,500 crore.

As part of its efforts to minimise the impact of rupee depreciation, the project concessionaire was able to bring down the foreign currency

exposure in the contractual orders to $172 million, as against the earlier $870 million. It had negotiated the contract orders with the overseas equipment suppliers and other service providers in rupee terms, said metro's chief financial