The large illuminated advertising screens currently on the faÃ§ade of Piccadilly Circus will be replaced by a single huge ultra-high definition curved LED display. The work is expected to be completed by autumn 2017 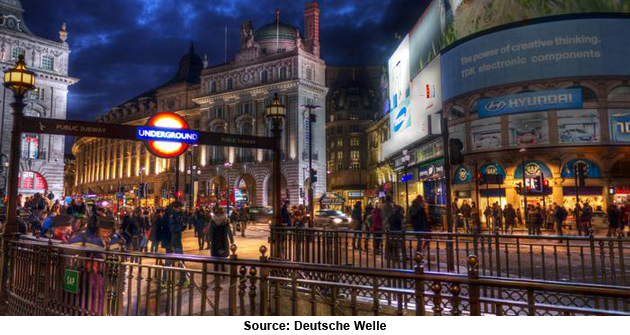 The huge billboards at London’s Piccadilly Circus have gone dark for the first time in decades as Land Securities, which owns the advertising spaces, initiates the re-design of the media. Instead of the several large illuminated advertising screens currently on the facade, a single huge ultra-high definition curved LED display will be installed. The work is expected to be completed by autumn 2017.

In addition to advertisements, the new screen will be able to display weather and traffic reports as well as real-time feeds from social media channels such as Twitter and Instagram. Duetsche Welle’s online report on this development quotes Tim Bleakeley, CEO of Ocean Outdoor, the company in charge of the upgrade, as saying, "Piccadilly Lights is one of the world's most sought-after advertising sites. We understand the need to protect (its) heritage while keeping ahead of trends." In the past, the billboards were turned off during World War II, for the funerals of Winston Churchill and Princess Diana, and to mark Earth Hour.