DOOH is here to stay and grow: research report 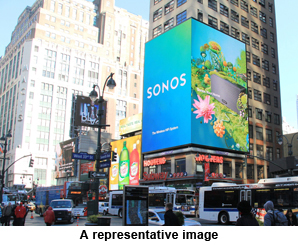 DOOH which reaches the consumers when they are out of their homes through digital billboards in airports, subways, bus stops and street furniture’s among others is expected to board a high growth trajectory across markets. New York-based Persistence Market Research stated in a recent release that the advertisers are rapidly opting for DOOH advertising as it increases the brand recognition as well as the digital billboards are capable of showing multiple ads in one single screen.

As most of the people spend their time out of home going to work, malls and different places the advertisers wants their products or brands to reach every people around the globe. The advertisers for DOOH advertising includes retailers, banking, entertainment, automobile, food and beverages among others. Currently the digital advertising holds the largest share in terms of revenue in the global advertising industry and it expected to grow rapidly over the years and register double digit CAGR over the forecast period, which in turn will enhance the market for global digital out of home advertising.