Clear Channel Outdoor Americas and Texas Center for the Missing (TCM) have launched the campaign to feature digital images of missing children from San Antonio, Dallas, El Paso, and Houston in the US 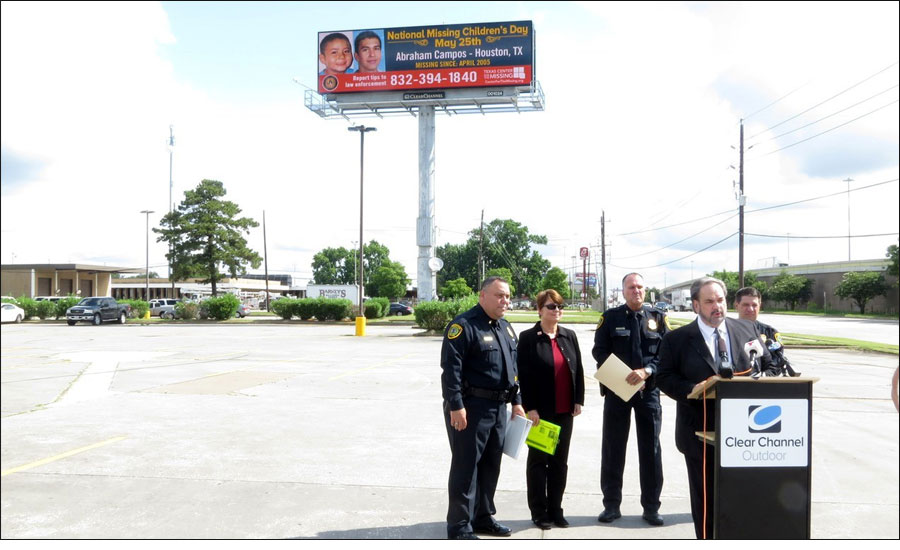 Texas Center for the Missing (TCM) and Clear Channel Outdoor Americas (CCOA), subsidiary of iHeartMedia Inc., have launched a new digital billboard campaign in Texas, US calling attention to the ongoing searches for local missing children. Some families of missing children, along with local law enforcement working these unsolved cases, spoke at press events throughout the state and urged the public to share any information they have regarding the disappearance or whereabouts of these children.

The country is in the midst of a persistent missing and exploited children crisis nationwide, with the National Crime Information Center (NCIC) reporting over 441,165 entries for missing children in 2017. Specifically, the Texas Department of Public Safety Missing Persons Clearinghouse received 55,346 missing person reports in 2017, 41,893 of which were juveniles.

Photos are one of the most vital tools for law enforcement when searching for a missing child, and have the power to produce leads that can help law enforcement give families’ answers and help safely recover children. The new billboard campaign enables TCM to reach a broad audience across Texas by distributing photos of missing children in select areas that can aid law enforcement with a search.
“We know that photos bring missing children home and we rely on our partners like Clear Channel Outdoor Americas to help us in our mission,” said Beth Alberts, TCM CEO. “We are grateful to them for the continued support to find missing children and helping to reunite families.”

“Public safety, and child safety in particular, remains a core tenet of our corporate social responsibility efforts,” said Michelle Costa, Regional President, CCOA-South Central. “Our digital billboards have the ability to reach passersby in high-traffic areas as they are out and about. We hope our efforts can play a role in reuniting these children with their families.”