Skipper hits the streets to showcase its water pipes 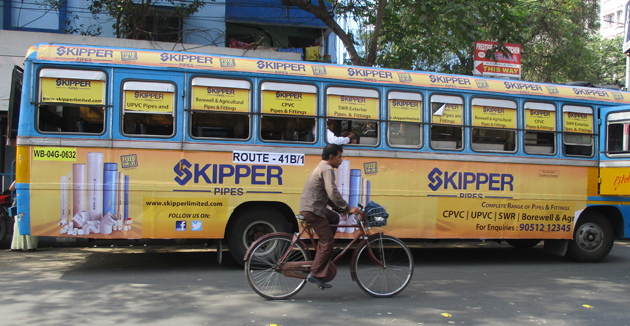 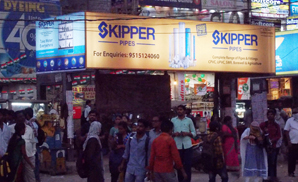 Sushant Roy, Associate Vice President Marketing & Branding, Skipper Limited, told Media4Growth: “The idea of the campaign was to create a high visibility quotient for our brand and products. We selected hoardings and other static media at the arterial points. The bus branding added to the high recall value for the campaign through simple communication. We kept the creative very precise and made the logo and the name bold so that it is visible and gets the attention of people who are commuting. Mostly we took large format hoardings and at most of the iconic locations to attract maximum eyeballs.”

“This sector is highly competitive with many major players, so it was important that we plan a meticulous promotion for proper messaging to our distribution channels and plumber networks, and others who are our prime customers in the building material sector. We are utilising a reasonable amount of our advertising budget for outdoor advertising as they are crucial for our industry," adds Sushant.