Cadbury 5 Star got their famous TVC characters Ramesh and Suresh to depict the TVC storyline in real via an on-ground activity. With an objective to give away the real experience of a TV commercial in real, the brand planned an activity wherein the twin characters get lost while at work.

The activity was organised at PVR cinemas in Mumbai and Gurgaon, at the ticket and food counters to make it truly interactive.  The characters interacted with several unsuspecting movie goers and treated fans to some typical'lost' Ramesh and Suresh moments. With on the spot gags, freebies and laughter for everyone, the brand ensured that fans had more than just a movie experience. 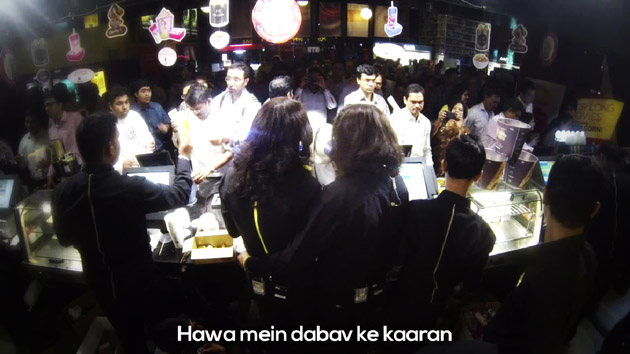 George Kovoor, Sr. Creative Director, Ogilvy One, said, "For years Ramesh and Suresh have won millions of fans on TV. It was time to take them out of the TV and into real life.  Sending them to work at PVR not only was a fun way for Cadbury 5 Star to engage its fans but it was also a cool way to bring alive the campaign thought of Jo Khaye Kho Jaye!â€

Afterwards the activity created buzz on social media via pictures, tweets and comments on #JoKhaayeKhoJaye uploaded by fans.

Garima Dikshit - Senior Brand Manager, Chocolates (Gifting & Countlines), India said, "The activity "Lost at work" has taken our proposition of #JoKhayeKhoJaaye to a whole new level. It has not only driven a lot of conversations online, but has also given a real life experience to people around.â€