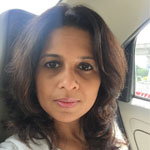 Kinetic India promoted two of its senior officials, Rachana Lokhande and Charanjeet Singh Arora to Co-CEOs.  They replace Suresh Balakrishna who has resigned earlier this month.

Earlier, Rachana was serving as VP Trading and Operations of Kinetic India. She has worked for IPG and R K Swammy BBDO in prior stints.

Charanjeet has been with Kinetic India since Nov 2017 as Senior VP for clients. Prior to joining Kinetic India Charanjeet worked for Posterscope, IPG and Reliance Broadcast. 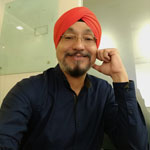 Marc-Antoine de Roys, Kinetic’s Global CEO said, “I want to thank Suresh for his great work at Kinetic.  It is because of his leadership and succession planning that we are in a position to have consistency as he transitions out of the organization. Rachana and CJ are proven leaders at our company who have earned the trust and respect of our employees, vendors and clients.  Their service, history, and accomplishments made this an easy decision.”