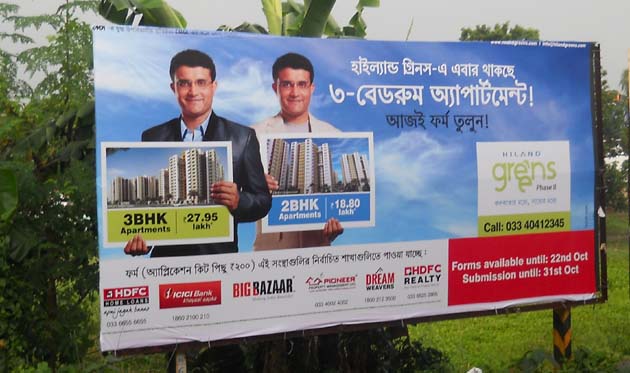 Hiland Group, a leading real estate developer, recently came out with a 360 degree ATL campaign with OOH and print, to promote Hiland Greens Phase II which is a huge residential property inside a township offering more than 1400 units. The campaign has been rolled out in Kolkata, Howrah, Hoogly, South 24 Parganas, Durgapur, Asansol and Burdwan with a total of 104 outdoor sites.

Abhishek Ganeriwala, Head-Sales & Marketing, Hiland Group shares with Outdoor Asia, "We are offering affordable 3BHK and 2BHK housing in a township with a river front with all the other facilities and amenities. So, for the sheer scale of the project and the mass visibility which it demands in terms of the communication and to generate customer response, we rolled out a comprehensive campaign. Genesis Advertising Pvt. Ltd. was the creative agency that conceived the communication. The branch head of the firm, Suparna Mucadum, was the brain behind this campaign. As far as implementation was concerned, including mounting and dismounting of flexes, we were helped by Kinetic Advertising India Pvt. Ltd. (Portland) Kolkata team and the flexes were printed by Wonder Images Pvt Ltd.â€ 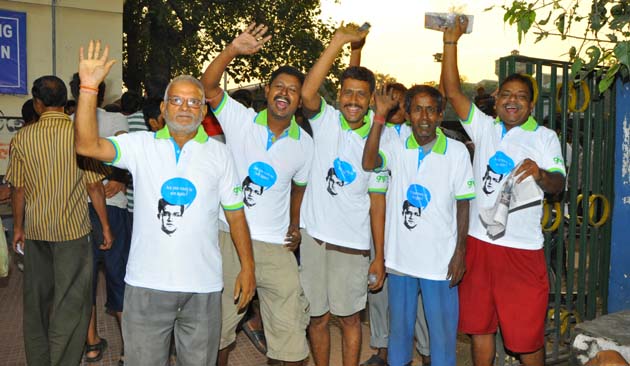 Apart from the regular out-of-home branding they went for an interesting on-ground activity for which they partnered with Ideazfirst Marketing Services (P) Ltd. Sharing more details on this activity Rajesh K. Kishanpuriya, Director of Ideazfirst says, "We targeted  newspaper vendors or delivery boys to take the Hiland Greens project to the masses of Kolkata. We gifted Hiland Greens branded T-Shirt to each of the boys via their distribution centre in Sealdah station and Jatin Das Park metro station to around 1000 boys since they reach out to every lane of the city.â€

Kishanpuriya further mentions that the company faced certain challenges in executing the T-shirt distribution activity. "Firstly, it was difficult to get their attention and then allocate one hour from their busy schedule at 4 am in the morning, when they are collecting newspapers and delivering to respective houses. Secondly, we had to make sure that the person collecting the t-shirt was a newspaper vendor, and hence we had to validate that from the newspaper association head.â€ 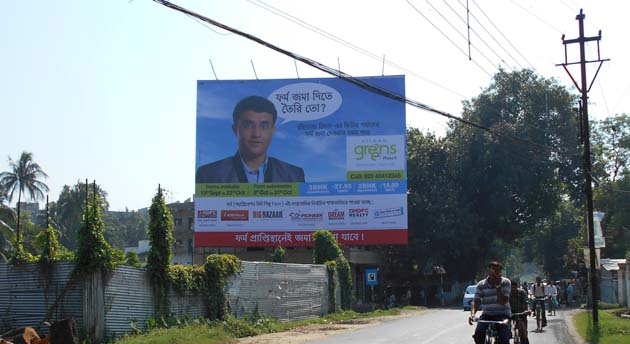 According to Ganeriwala, the activation really helped them in promotion and the selected large-clutter-free formats with great visibility, was instrumental in generating awareness about Hiland Greens Phase II. "The campaign certainly helped us in selling a lot of forms,â€ he signs off.
Tags : Hiland Greens Abhishek Ganeriwala Kolkata Kinetic Ideazfirst Marketing Services (P) Ltd
Advertisement