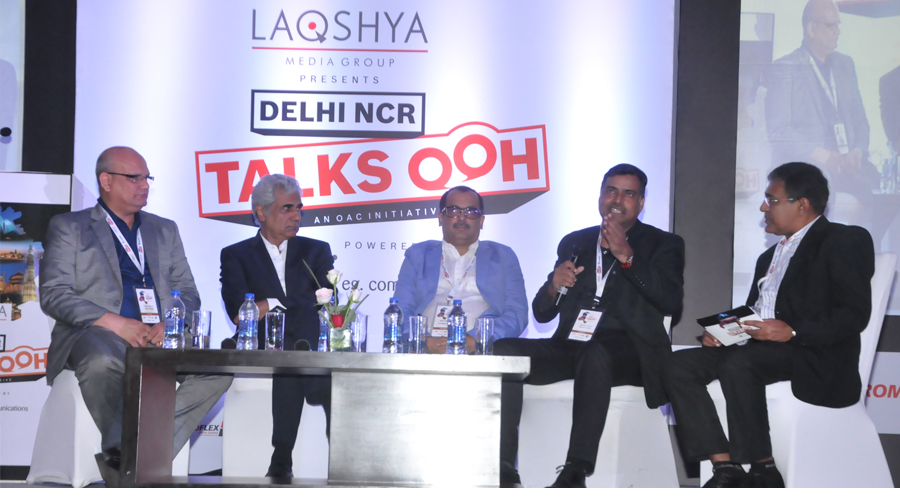 In a panel discussion on the theme of ‘Where does the Delhi NCR OOH business go from here – way forward goals’ conducted during the course of the Delhi NCR Talks OOH Conference held in Gurugram on November 17, Pramod Bhandula, Executive Chairman, JCDecaux India, Pawan Bansal, COO, Jagran Engage,  Dipankar Sanyal, CEO, Platinum Advertising, and Amit Kapoor, Director, US Advertising said in unison that ushering in outdoor audience measurement metrics, promise of RoI to advertising clients, and uniformity of outdoor formats would go a long way toward helping the Delhi NCR OOH market double its business volumes. The panelists pointed out that while the Delhi NCR is geographically expansive as well as diverse in terms of demographics, OOH norms that set by the different municipal bodies, among others, the region calls for a common approach as most advertisers would look at the region as one complete whole.

When asked if the doubling of business would call for concerted efforts by the media owning firms and specialist agencies in tandem, the panelists asserted the need for such an approach and added that first steps in that direction have been taken in view of the adoption of IOAA’s S-O-P, although the consensus on the same among IOAA and AAAI took all of two years.

The panelists commented that as the industry looks to leverage the larger investment opportunities, especially in the transit space, total exclusivity of media rights would be more beneficial to the investors and media buyers. It was pointed out that the industry is also gearing up to make capital of the likely opportunities that smart city development will offer. Some of the media owning firms have already made presentations to concerned government departments in this regard.