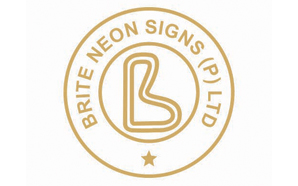 Brite Neon Signs has bagged exclusive branding and advertising rights at Ludhiana Railway Station for a period of 5 years. The rights, awarded by the Firozpur Division of Northern Railway, cover 10,000 sq.ft display area that includes FOBs, platforms, circulating area, etc. Commenting on this acquisition, Shailender Luthra, Director of the company, said, “This win is integral to our endeavour to firm up our ground in the northern market where we already have a strong presence in markets such as Delhi and Jammu.” The rail media rights win is being viewed as a stepping stone for more media acquisition in Ludhiana city and the region.

As per the contract, the company can also obtain extra display space on pro rata basis. “We will look at the demand from advertisers and market condition and obtain extra media accordingly,” said Luthra.

The company is planning to re-fabricate all the media at the station and put in place high quality formats, said Luthra.

Commenting on the overall OOH scenario in the state of Punjab, he explained, “It would be inappropriate to compare the railway media with any arterial road or junction because both have their unique value and significance.” But he agreed to the fact that there would be some spill-over effect once the city’s OOH market rebounds.