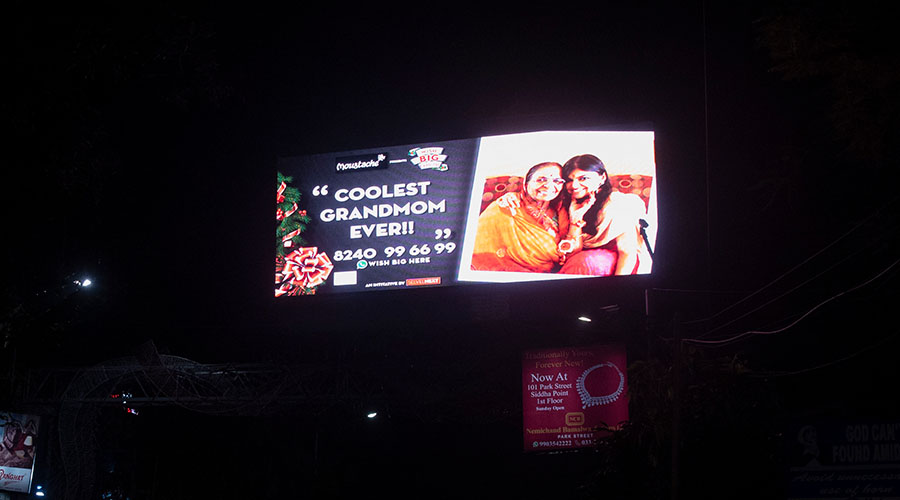 As the city sinks into the mood of the year-end celebration ushering New Year, Kolkata gears up for the winter carnival i.e. city’s grand celebration carries the festive fervour. Moustache Jeans, engages the masses by giving them an opportunity to appear on multiple conventional and digital outdoor media formats along with their greetings and messages for the festive season with ‘Wish Big Carnival’ campaign. 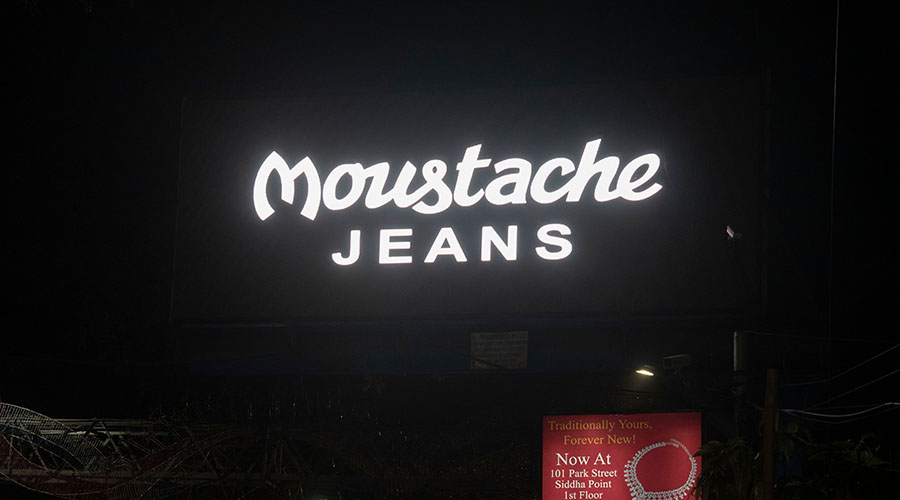 Packed with 360-degree multimedia integration, Selvel NEXT-IN, the martech arm of Selvel One Group has ideated the ‘Wish Big Carnival’ concept and given their larger than life displays conventional and digital sites to broadcast the heartfelt gratitude and wishes along with the photographs. 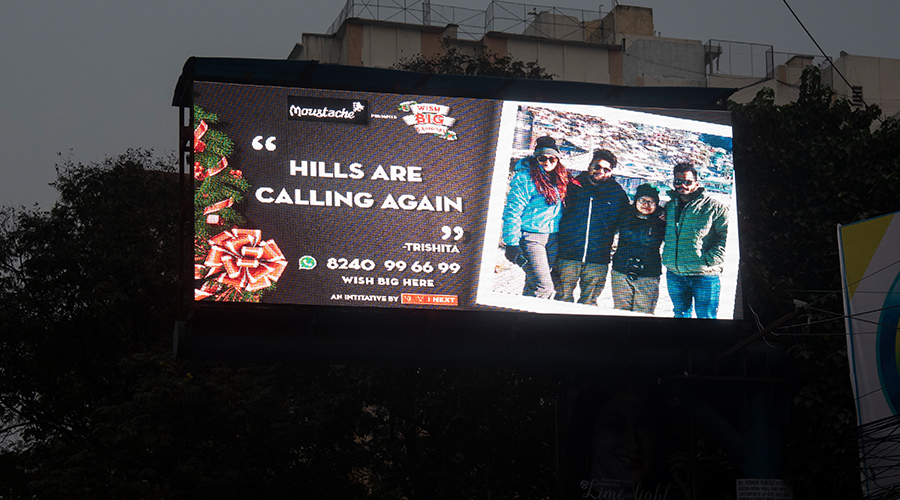 “We, Moustache have reached 35 years of denim revolution with the trust and blessings of millions of customers and we see the same ROI in this initiative with the kind of exposure we are getting with scrolls, logo presence in social media, hoardings, bus wraps, canters, sound station,” says Rohit Poddar, Director, Moustache Industries.

Additionally, a month-long campaign is visible on 4 billboards, 1 bus shelter and 4 AC branded buses whereas 2 LED canters have been deployed for activation in the city for 10 days. 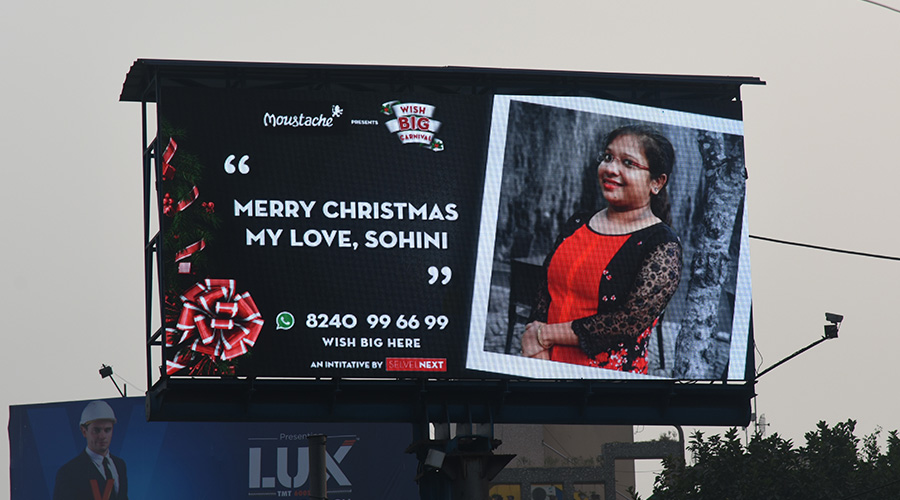 Radhika Ghosh Karmakar, General Manager, Selvel NEXT-IN shares, “This is a far-reaching, panoramic multimedia-integrated OOH campaign employing varied formats of OOH advertising. Besides the formulaic absorption of content, Wish Big Carnival ensures a strong engagement of the audience with all the media. Sound Station, our internet audio streaming medium inside AC buses plying the city broadcasts, propagates the campaign and receives instant commuter responses, accompanied by the GPS triggers that play every time buses pass by an LED screen.  Billboards, bus wraps, bus shelters, canters further amplify the awareness and generate recall. Thus, the complete OOH execution is very relevant to the modern-day audience and establishes reception and absorption among the audience coupled with exuding response and engagement.”