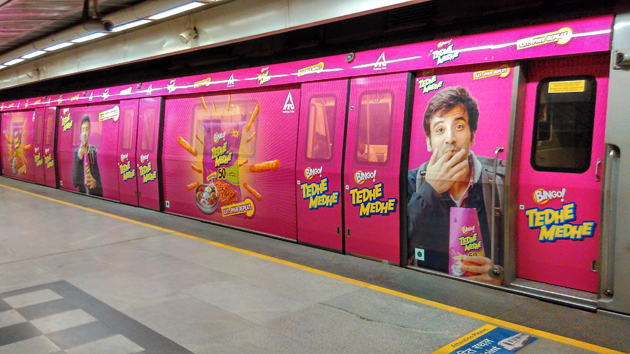 Two popular Indian snack brands Kurkure and Bingo recently attempted to capture its TG through train wrappings of Delhi Metro Rail Corporation (DMRC).  Kurkure, a bestselling brand from PepsoCo and Bingo, a popular brand from ITC Foods have always been strong competitors in terms of their launching strategies and promotional activities. The campaign of Bingo's popular variant "tedhe medheâ€ has been conceptualised by IKON 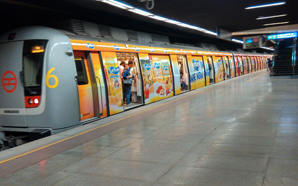 agency uses shocking pink colour to grab maximum attention amongst metro commuters. While Kurkure campaign, which was done through Milestone Agency, is an extension of their 360 degree campaign. The campaign focuses on the use of varied Indian spices and therefore, uses an inviting colour scheme to lure its customers.

The month-long campaigns have been executed by EG Communications. Started from March 8, the campaigns are currently running on Line II of DMRC that runs from Samaypur Badli to Huda City Center. EG Communications has recently introduced the ICC T20 campaign too in the same format and same line of DMRC, where the campaign has been done through En Compass Agency.