The strength of NOMAD comes from the skill pool brought in by individuals with extensive work experience in full service media agencies, OOH, digital services and also technology boutiques; 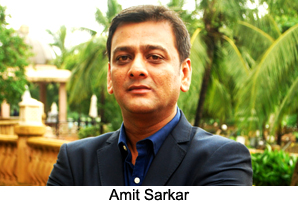 Amit Sarkar, Ex India Head of WPP's OOH Agency Kinetic, launches'NOMAD', a full service specialist agency which will primarily focus on Out of Home with integrated offering platforms including Mobile, Digital, Data, Content & Creative Consultancy. Activation, Retail, Cinema & Sports are other focus areas for us as we progress, comments Sarkar.

Sarkar was heading the India Operations for Kinetic and significantly contributed to the Brand's several growth initiatives.  "Kinetic was a great experience, which was a fiercely challenging but satisfactory tenure and I am happy to have driven many positive changes in India, for the global player. Its time to run an independent venture from here on,â€ adds Sarkar.

He added that "NOMAD", consists of a bunch of knowledge hungry people who are willing to venture to the far lands of media, data, technology and convergence to get the best for their clients & business associates. "Here the major investment is on people and we deliberated a lot and arrived at the name "NOMADâ€.

Programmatic Buying in the Digital OOH space, Creative advisory & content development specific to OOH and embracing'technology' at the centre of innovation, is the mantra for us. 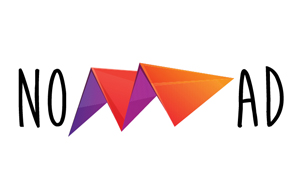 The strength of Nomad comes from the skill pool brought in by individuals with extensive work in full service media agencies, OOH, digital services and also technology boutiques. "We have got our financials and business plan right in place and will operate with an office network across key metros, to start with,â€ said Sarkar.

Amit Sarkar has over 18 years of professional experience in the media industry & had worked for The Daily (Morning Tabloid) - Mumbai, Sahara India Television, Madison Out Of Home, Posterscope, Clear Channel, and Portland Outdoor. His last stint was for 8 years with WPP's OOH specialist Agency - Kinetic in various capacities as their GM, National Director & Country Head. Kinetic under his leadership has achieved the market leader position in 2014 & integrated Bates Wall Street (another WPP OOH company) under the Kinetic umbrella. Kinetic was also the most awarded OOH agency in 2015, including Goa Fest. Sarkar launched'Kinetic Active' - the'experiential' services wing of Kinetic WW , in India in Dec,2014.Sarkar's assignment with Kinetic ended on 21st Dec 2015.