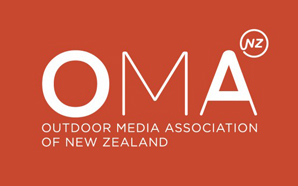 The Outdoor Media Association of NZ (OMANZ) reports that OOH investment in New Zealand climbed beyond $100 million for the first time in 2016. Figures just show that sector growth accelerated further in the final quarter to smash the milestone and finish on more than $103 million, representing impressive full year growth of 28%.

OMANZ Chairman Wayne Chapman commented, “This spectacular result is rich reward for the significant commitment to the sector shown by OMANZ members throughout the year, and builds on the 13% growth enjoyed by the sector in 2015. Our members are to be congratulated for driving innovation, and most importantly value to our customers across the spectrum of technology, creativity and audience insight”

As an association OMANZ has a renewed commitment to ensuring that NZ OOH remains in the ascendancy, and that our organisation regains momentum. Emblematic of this shared commitment and of our confidence in the continued growth prospects of the sector, OMANZ is currently well advanced in recruiting our first full time General Manager and would expect that this appointment will herald a new level of focus and profile for OOH in New Zealand at the industry level”