As part of the brand's strategic launch in the East, particularly in Kolkata, they rolled out a comprehensive and integrated outdoor advertising campaign.

Cement Manufacturing Company Limited, one of the largest names in the building material sector in North East, recently launched an innovative outdoor campaign for their brand'Star Cement'. To mark the entry of the brand in the East and Kolkata in particular, a long and integrated promotion of Star Cement was an essential aspect of the advertising agenda of CMCL. The brand invested 60% of their advertising budget in outdoor,  while the rest 40% has been divided between different forms of electronic media.

The promotion began with a teaser campaign primarily stating, "Meri toh setting ho gayi aur apki?â€ ('my setting is done and what about you?') Sanjay Kumar Gupta, Dy.CEO Star Cement- Cement Manufacturing Company Limited shares, "As we were launching the brand in Kolkata, which is the largest market of this state, we wanted to create a buzz as all our competitors are present here. Keeping the budget in mind, we selected the out-of-home media in order to tap the range of audience. To grab the attention of our target audience at first we launched the teaser campaign which created a sort of curiosity within one month among the mass.â€ 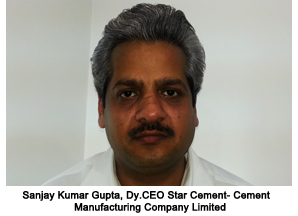 The campaign highlighted the concept of proper setting which has been derived from the brand's tag line'Solid Setting'.  Setting being one of the important properties for a category like cement the brand harped on it and conveyed the message that one may get a smooth infrastructure by using Star Cement.  The primary formats used for the campaign consist of large format front lit hoardings including the biggest dimension available in the city which is 100x40 ft in Keshtopur, temporary cut-outs at forty transit locations throughout Kolkata which has grabbed the attention of the commoners, gantry, unipoles and such. Sanjay Kumar Gupta further mentions, "Our idea was to put forward a single message with great intensity using various formats and we took around 100 sites at the time of launch in Kolkata. The crossing brandings like in Gariahat, Esplanade, VIP, Jadavpur, Ultadanga, Park Circus, Bijan Setu, AJC Bose Raod, Vidyasagar Setu-which is an entry to Kolkata really helped us to hit our TG giving a constant reminder of the brand.â€ 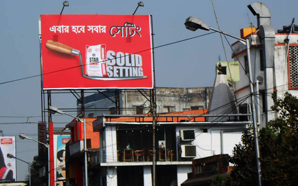 The reveal campaign has also been a month-long initiative which would be gradually followed by many more different innovations. After the capital city of West Bengal, Star Cement is being launched in various other districts like Burdwan, Birbhum and they have also rolled in the outdoor campaign at Siliguri in North Bengal.

"We have got a very good response from our dealers and vendors for Star Cement out of this promotion and thus a sustenance campaign in outdoor will be going on from our side. Further we have also launched the brand in Bihar and want to open a plant in West Bengal as well,â€ signs off Sanjay Kumar Gupta.
Tags : Cement Manufacturing Company Limited â€˜Star Cementâ€™ Sanjay Kumar Gupta
Advertisement