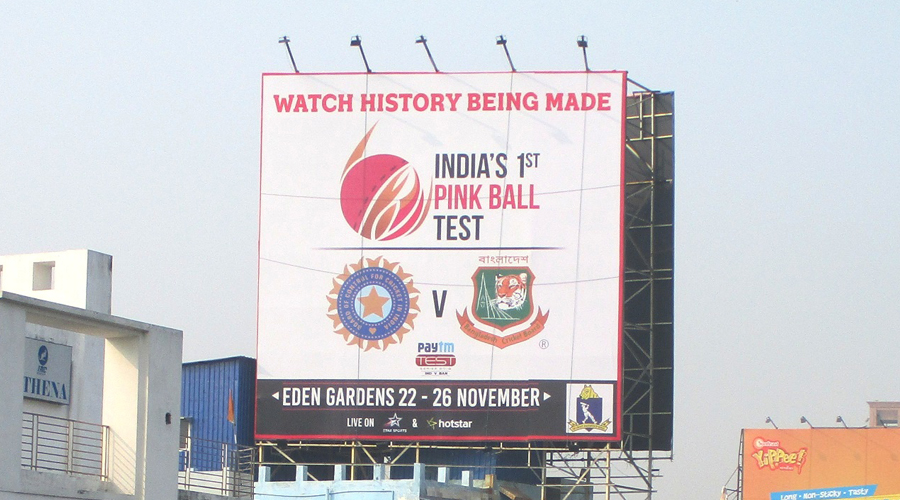 The first-ever, Pink Ball Day & Night Text Match played in Kolkata between India & Bangladesh was promoted with an extensive multi-format OOH campaign in Kolkatta. In order to mark the exclusivity of the historic match, this campaign, executed by T5 Communications, was spread all across the city’s arterial roads in North, South, Central and airport areas. Media displays in large media formats like LED screens, traditional billboards, exterior wraps and backseat panels of the AC buses in transit media were deployed largely to generate excitement and retain the hype of the Pink Ball test match held in the country for the first time. Apparently, the primary objective of the campaign was to attract viewers to gather at the Eden Gardens for the test match. 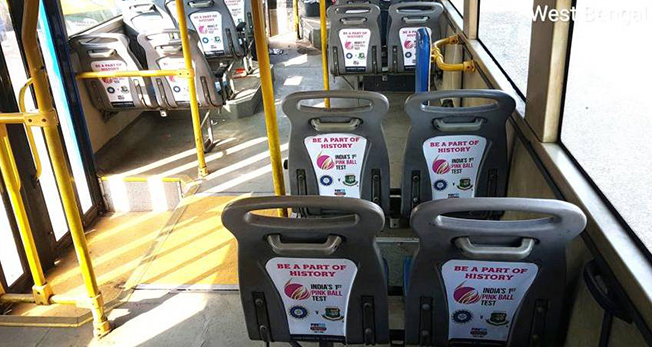 On this occassion Surojit Sen, COO East, T5 Communications shares exclusively to Media4Growth, “Basically the main objective of this campaign is to create hype for the match played by India and Bangladesh. The sales of the tickets have proved that the campaign has been one of the most successful as there were scarcity of tickets for the match later. Moreover, it has been the most revered and memorable journey of all times as this is the first iconic match that was played in the City of Joy.”

Pertaining to the time constraint, the campaign was executed within a short span of duration.  Along with static formats, such as buses, hoardings and etc, the campaign was also aired on the LED screens of 20’x8’, showcasing black and white background on rotation to enhance the spirit of the sport.