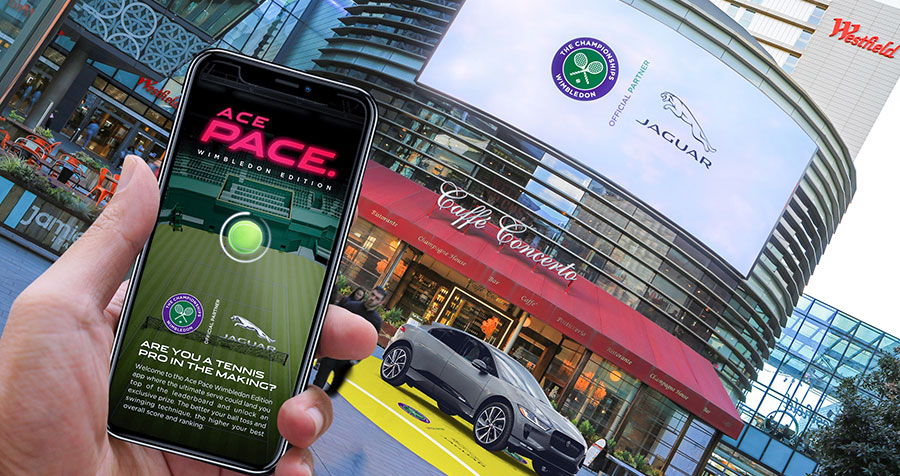 UK’s Ocean Outdoor has secured its largest content based sponsorship deal since the introduction of live sports streaming to its UK wide full motion outdoor network. Under the deal, Jaguar becomes the sponsor of Ocean’s UK wide coverage of The Championships, Wimbledon which starts on Monday, July 1.

Ocean’s content partnership with The All England Lawn Tennis Club gives the DOOH media owner access to a full range of daily highlights and up-to-the-minute scores provided by Wimbledon.

Ocean head of content and sponsorship Kevin Henry said Ocean had also secured permission from BBC Sport to broadcast the finals live at both Westfield London destinations and is looking to extend live coverage to other cities like Manchester.

“This is ground-breaking content for out-of-home and guarantees exposure for the Championships across our portfolio. The partnership allows Ocean to broadcast both live games and highlights which will be sponsored this year by Jaguar, official car of The Championships, Wimbledon,” he added.

The live streaming of the Ladies’ and Gentlemen’s Singles Finals will take place at the Four Dials, Westfield Stratford City and in Westfield London Square which will be turned into fan zones.

Thirty minute brand dominations pre and post each live broadcast will be supported by exclusive branded experiential activity to drive footfall to the nearby Jaguar dealership in Westfield Stratford City, together with sponsorship of all five wi-fi enabled screens at that destination.

Throughout The Championships from July 1 to July 14, Jaguar branding will appear in a 60-second loop across Ocean’s The Grid city centre network in nine cities, delivering close to 16 million total impacts.

Jaguar’s sponsorship was secured through Dentsu-X and out-of-home specialist Posterscope and is presented in collaboration with the creative agency Spark44.

Ocean is making a concerted push into live broadcast, carrying fashion shows from global designers such as Victoria Beckham, working in association with the British Fashion Council, and cultural events such as the Pride London Parade on July 6.

Ocean recently secured DS Automotives as commercial sponsor of its Formula E race coverage which concludes this summer in New York. Future sports action on Ocean screens will include highlights of the 2020 summer Olympics in Tokyo.