In association with Kinetic India, the brand narrates its success story by using a Burj Khalifa replica 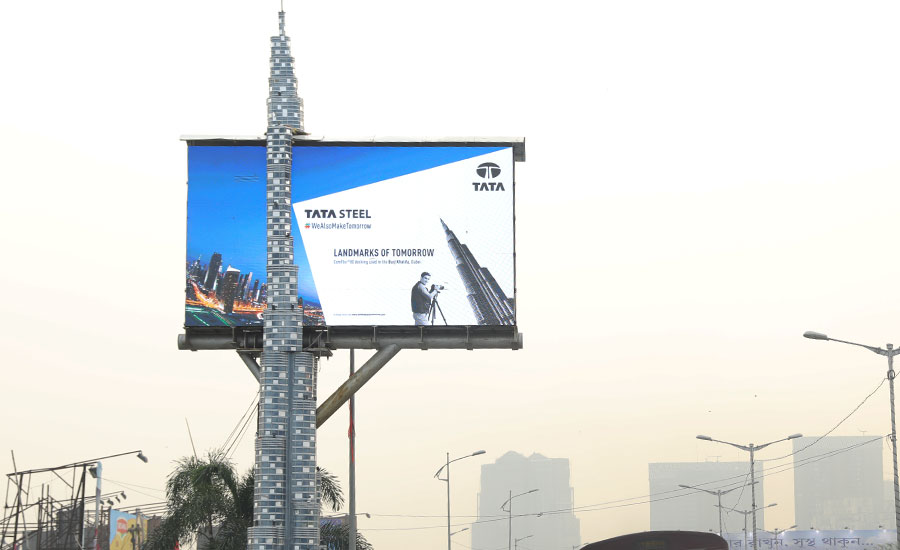 Tata Steel was very clear with its objective when choosing the OOH medium --to stand out and highlight the brand achievements. The campaign thus aimed to focus on narrating the brand’s growth story over time, while reiterating its commitment to future success. OOH was the natural choice for this and in association with Kinetic India, Tata Steel chose to target people from all walks of life with a month-long campaign.

The brand and the agency used LED screens at major arterial stretches in different cities. For example, the LED display at the Eastern Metropolitan bypass in Kolkata prominently showcased Tata Steel’s contribution in the form of materials to the construction of the wonder tower Burj Khalifa.

The pole of the LED Screen was mock fabricated with waterproof plywood & fibre to resemble the Burj Khalifa tower. The entire structure was spray painted and additional glasses were used on the tower to get the look and feel of the original structure. LED spotlights further gave the halo effect, while lending an immersive feel. 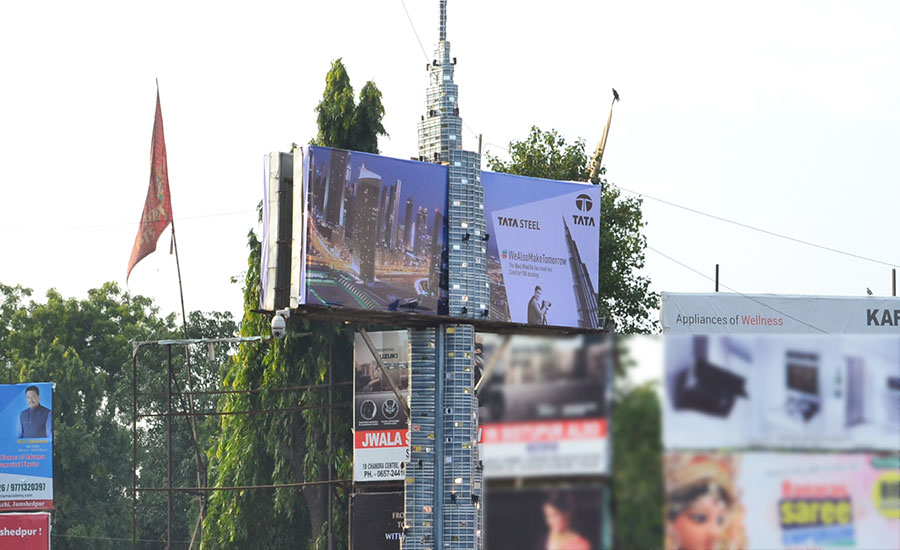 At the busy Sakchi Circle in Jamshedpur, a unipole right at the center of the road was used to narrate the same success story. The locational strategy was obviously to choose the busiest junctions. And despite the regulatory challenges, the entire execution was delivered on time and as per the brand’s expectations.

Says Rajeeb Bhattacharya – VP (Head – South & East), Kinetic India, “Tata Steel has contributed immensely in the making of the Bruj Khalifa, Dubai. We have transformed the unipoles to look like replicas of the Burj Khalifa and the screens installed at the top of the installations depict the contribution of Tata Steel to it. The making up the replica of Burj Khalifa was a huge challenge for us in terms of the aesthetics and bringing out the feel of the iconic structure on out of home. We are happy to have achieved the desired quality with the replica.”

Embassy Group celebrates spirit of patriotism with a Special Tribute