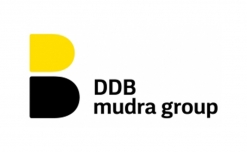 The agency will manage the overall marketing and digital communications strategy for the brand across traditional and digital media.

His mandate will include scaling the company’s offerings by developing broad external partnerships, building out internal infrastructures and exploring new business opportunities

The five-month long campaign was created to promote India's first Red Bull Flugtag, where all elements were centered on the theme - School of Indian Physics. Executed by 22feet Tribal Worldwide, the campaign received phenomenal response on social media platforms and at the event too.