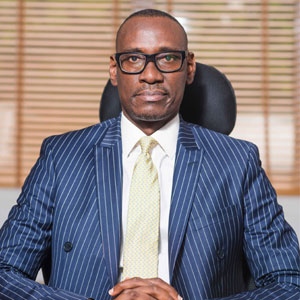 Lagos-based ad-tech company Interaction Channel Ltd (ICL) is playing an instrumental role in the transformation of OOH business in Nigeria. The company, under the leadership of its Managing Director Tosan Omagbemi, is introducing (i) measurement metrics to determine the performance of campaigns in terms of audiences reached, site performance and store attribution; (ii) an exchange for planning and buying outcome-based outdoor advertising campaigns; and (iii) a content management system (CMS) to control the digital screen networks whereby the CMS is connected with the ICL tools which are integrated with data triggers for programmatic delivery. ICL has tied up with Malaysia-based Moving Walls to take these solutions to the Nigeria market.

Tosan said that ICL was founded as an independent organisation with its own Board of Directors having the capacity to scale up its operations to deliver the most up-to-date, dynamically managed media solutions to the advertising industry. Earlier, Tosan worked with Media Seal, a part of StarcomVest Group (SMG), where he managed all leading OOH accounts over a 10-year period. Advertisers would often ask probing questions for the justification of spending US$2 million for a DOOH site, and to address those questions, Media Seal commissioned a survey in the city of Lagos which attract 55%-60% of Nigeria’s OOH spends. The findings of that survey served as insights for building a system that gives the reach, frequency and GRPs based on specific traffic corridors that were to be tracked. However, the solutions were not dynamic in nature, whereas the “audiences are always in motion”. As Media Seal did not have the bandwidth to lend greater depth to those marketing offerings, considering they were cost-intensive, Tosan founded ICL to drive that initiative.

Today, ICL is localising the Moving Audiences platform across a number of industry variables. To begin with, the company has introduced a platform for OOH planning and buying, in a market that has not had any common currency for OOH audience measurement. By March 2020, ICL plans to introduce the CMS solution.

ICL debuted at a time when the country’s OOH industry revenues had seen a downswing for two years, principally due to tight domestic economic conditions. However, Tosan is highly optimistic of the industry turning a corner soon.

While the Nigeria OOH industry size has been estimated at US125 in 2017 and US$147 million in 2018, as per Pricewaterhouse Coopers (PwC) studies, Tosan believes that the current estimates do not cover all OOH formats. The data is mainly related to roadside media – classic and digital, whereas transit media is not covered in any significant way. For instance, there are large bus fleets operating in different cities of Nigeria and bus media attracts a lot of advertising. But, that not factored in, while estimating the industry size. Advertising on a single bus would cost about US$500 a month, he points out. Likewise, airport media is also not covered in depth in the estimates, he reckons.

That said, OOH is the second major advertising media in Nigeria, following TV. Owing to erratic power supply, TV viewing is often interrupted, but in the case of OOH, “it is always on”. When it comes to digital screens, the media operators run them 24x7 with generator power backup, and the additional costs are passed on to the advertisers.

In recent years, OOH has been attracting a wider category of advertising brands, says Tosan, while adding that alcohol beverage brands use OOH in a major way as there are certain restrictions on their advertising on TV and radio. Big brands like Google, VISA, and other digital brands are highly visible on the OOH canvas, adds Tosan.

It has helped that digital OOH networks have come up in a big way in Lagos in the period 2017-19. “DOOH media has increased by 34% in this period in Lagos,” says Tosan. With more DOOH assets, programmatic OOH is also gaining wider acceptance. As the DOOH assets run 24x7, the operators of those assets benefit from programmatic buying, whereupon a greater number of time belts are taken up for advertising.

Down the years, the Lagos OOH market has been well regulated, with the state government instituted Lagos State Signage and Advertisement Agency (LSSAA) being responsible for regulating and controlling outdoor advertising and signage displays in Lagos State. Other states are now looking to following the LSSAA template, says Tosan.

‘OOH is the soul of advertising’

‘OOH is pivotal to our brand communications’